The mafia has hijacked images of the Virgin Mary in an attempt to convince people that they are doing God's work. 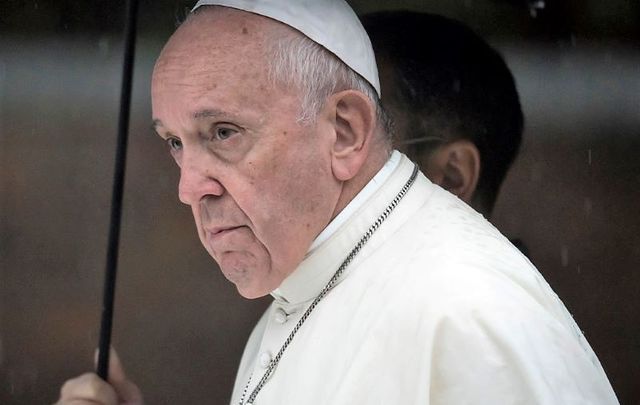 Pope Francis is trying to end the connection between the mafia and the Catholic Church. Getty

Pope Francis is attempting to prevent the mafia from using images of the Virgin Mary for their criminal ends.

The mafia has commonly used images of the Virgin Mary due to its close ties with the Catholic Church. A number of mobsters also hijack images of Mary and other Catholic figures to claim that God is on their side.

Pope Francis, however, is attempting to put a stop to this and, speaking at Friday's conference, he said that religious and cultural images of the Madonna "must be preserved in its original purity."

Read more: How the Irish Mob nearly wiped out the Italian Mafia in NYC

The Pope additionally said that any displays of devotion to Mary "must conform to the message of the Gospel and the teachings of the church."

Francis said that mobsters simply can't live Christian lives because their lifestyles and their actions "blasphemes" God, according to the Associated Press.

The recently-established think tank is made up of clergymen and law enforcement experts with experience fighting organized crime.

The Argentinian Pope is following the footsteps of Pope John Paul II, who previously tried to put an end to the mafia's associations with the Virgin Mary, warning mobsters that they needed to change their ways or face the wrath of God.

The Catholic Church has historic ties with the mafia in Italy. Some priests have openly supported the mafia, facing criticism and police interest for holding elaborate weddings, funeral and celebrations of other sacraments for mafia dons in addition to accepting mafia donations.

Other priests have publicly opposed the mob and paid for it with their lives.

The mafia reportedly exploits popular veneration of the Virgin Media to foster a culture of obedience to its own authority.

Mafiosos commonly fund huge religious processions where a statue of Mary is made to "bow" to a mafia boss.

This tradition is used to send a political message to local Catholics that the mafia is doing God's work and working for the good of the community.

The notorious ’Ndrangheta crime group in Southern Italy has also conducted councils at Sanctuary of Santa Maria di Polsi, in the Calabrian mountains.

Read more: On This Day: Apparition of Virgin Mary reported in Knock, Co Mayo in 1879