In future you might have to be interviewed for a visa at an Irish embassy or consulate before you travel. 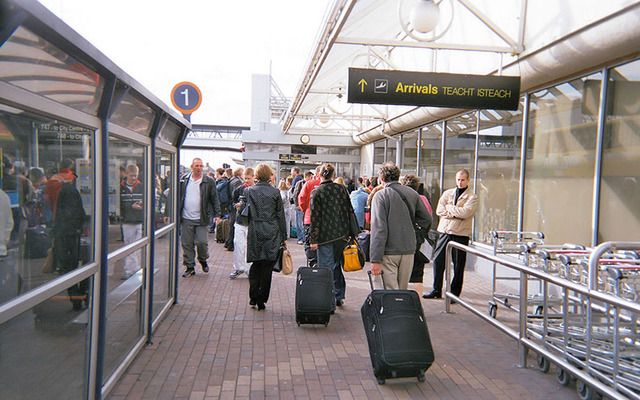 The European Parliament has voted to make your trip to Ireland a whole lot more difficult. Last week the Parliament of 751 legislators passed a motion calling for an end to visa-free travel to the EU for US citizens.

The United States has long declined to grant visa-free travel to a number of EU member states and on the basis of reciprocity, the European Parliament wants US citizens to face the same restrictions when traveling to the EU as do Bulgarians, Croatians, Cypriots, Poles and Romanians when coming to the United States.

Presently the citizens of those five countries have to apply for a B Visa, pay $160 and attend an interview at their local US Embassy if they want to visit the US on vacation. By contrast, citizens of the other 23 member states are only required to fill out a $14 online ESTA form and are free to travel to the US after that.

Unless the US drops that requirement soon, the European Parliament wants US citizens to go through the same arduous process if they want to visit the EU.

Read more: Top tips on travel to Ireland, from handling the weather to the locals

Ireland has visa-free travel agreements with most countries but a number of exceptions do exist and citizens of, for example, Nigeria and Iraq, must submit an online application and attend an interview at their local Irish Embassy or consular office before they’re allowed to set foot on Irish soil.

Were the European Commission to force Ireland to remove the United States from its list of countries with visa-free travel, US citizens would have to undergo a similarly lengthy process before flying and the US would almost certainly respond by withdrawing the remaining 23 EU countries from its list of visa waiver countries.

Such an outcome is unlikely as it would be a bureaucratic nightmare for both US and EU citizens and would hit the tourism sectors on both continents hard. However, it is not unprecedented. In December last year South Africa ripped up a 20 year visa free travel agreement with New Zealand out of frustration with the number of its citizens turned away at the airport by Kiwi officials. Since January New Zealanders wishing to travel to South Africa must now visit the country’s High Commission (the term for an embassy in a Commonwealth country) in Wellington for a visa interview and South Africans must do likewise with New Zealand’s High Commission in Pretoria.

The European Commission (the EU’s executive arm) said it was committed to ensuring the issue was resolved at a joint EU-US ministerial meeting planned for June 15.

Read More: Top ten differences to be aware of before you travel to Ireland

"We will report on further progress made before the end of June and continue to work closely with both the European Parliament and the Council," a spokeswoman for the Commission insisted, clarifying that the EU would push for “full visa reciprocity."

The European Parliament has given the Commission two months to reach a deal but in practice has no power to compel them to do so.

A similar situation with Canada was resolved after the Canadian Government decided to add Bulgaria and Romania to its list of countries whose citizens are eligible for visa free travel.