Ireland's falling number of new COVID-19 cases has precipitated the relaxing of certain restrictions that were earmarked for later in the summer. 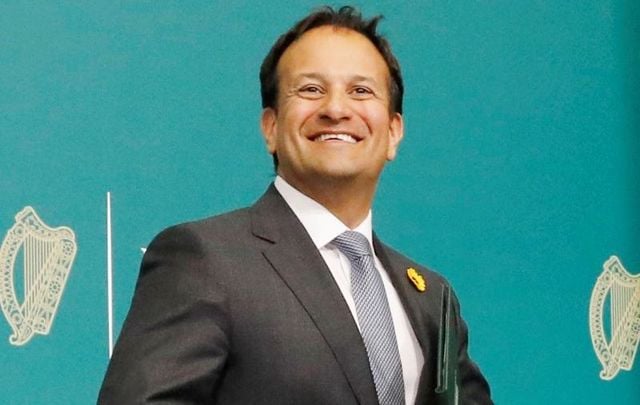 Taoiseach Leo Varadkar announced Friday that there is to be an acceleration of Ireland's Roadmap to easing COVID-19 restrictions.

There will now only be four phases of the Roadmap, with Phase 3 slated to take place on June 29 and the final phase to occur on July 20.

Irish people will be able to travel anywhere within their own county from next Monday as the Government's advice shifts from "stay at home" to "stay local."

Phase 2 of the Irish Government's Roadmap to easing COVID-19 restrictions kicks on Monday, June 8, and initially allowed people up to travel 20 kilometers from their own home.

However, that rule has now been relaxed to accommodate citizens living in rural parts of the country who were so isolated that extending the distance to 20 kilometers would make little difference.

All domestic travel restrictions will be lifted on June 29.

Ireland's falling number of new COVID-19 cases has precipitated the relaxing of certain restrictions that were earmarked for later in the summer. There are currently less than one thousand infected patients in Ireland and there have been less than 100 new cases on 19 of the last 20 days.

The cabinet also decided to reopen some parts of the hospitality sector much faster than originally planned in a meeting on Friday.

Hotels, B&Bs, and caravan parks will be able to open from June 29 as opposed to the original date of July 20 in the initial Roadmap.

Read more: Ireland COVID rules could be eased due to drop in coronavirus cases

Shopping centers, meanwhile, will be able to reopen from June 15. Enclosed shopping centers were originally slated to reopen on August 10 during Phase 5 of the original Roadmap. However, the centers must adhere to strict social distancing guidelines and there can be no congregating in food courts.

Playgrounds will reopen on Monday, June 8, three weeks earlier than originally planned, while the Government also reopened summer camps with an occupancy of no more than 15.

Retail outlets with on-street access are also expected to open on Monday.

The Government is also permitting indoor gatherings of up to six people from Monday, while up to 15 people can take part in outdoor sporting activities.

Meanwhile, up to 25 people will be able to attend funerals from Monday, compared to 10 people under previous restrictions, while libraries will also be able to reopen.

Restaurants will be allowed to reopen on June 29 in addition to bars that serve food and operate a table service.

Places of worship, museums, and galleries are also set to reopen on June 29.

Read more: Phase 2 of reopening Ireland is scheduled for Monday - here’s what can change