Which system of government is the best: Ireland or the US?

Both the Irish and US governments have been under scrutiny in recent times and, as Donald Trump touched down on Irish soil, we decided to compare the two and see which one works more effectively. 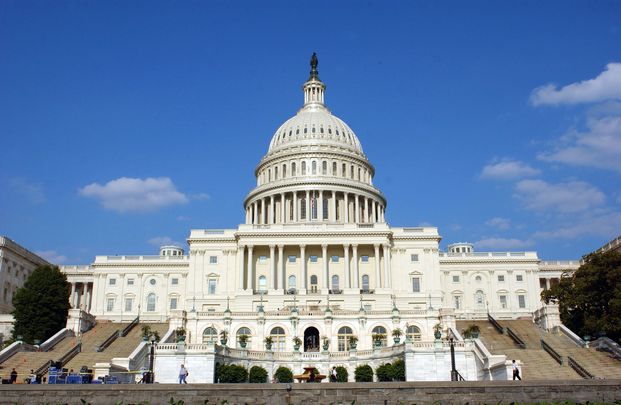 Both the Irish and US governments have been under scrutiny in recent times and, as Donald Trump touched down on Irish soil, we decided to compare the two and see which one works more effectively.

At face value, the US and Irish governmental systems mirror one another in many ways. They both contain a lower house or house of representatives and a senate, and both separate their powers between executive, judicial and legislative branches.

Delving deeper, however, striking differences quickly appear. For instance, the 435 seats in the House of Representatives, a key legislative component of the most powerful country in the world, are divided between just two parties.

Dáil Eireann, on the other hand, is a melting pot of a diverse range of political parties, ranging from the minute to the gargantuan.

There are inherent flaws within both systems and neither is even close to being perfect, but which system works better? We took a look at both to see which system of government really is better.

Read more: The Quiet Man who could defeat President Trump and reveal his taxes

While the Irish Dáil is undeniably more diverse than the US House of Representatives as showcased above, that does not necessarily mean it is a better system. A cacophony of different voices like the one currently in the Dáil can make it difficult to have a voice heard.

Fine Gael, the governing party, only holds 49 seats of a possible 158. Even the seven independent representatives that help Fine Gael make up a minority government still leaves over 100 seats still to be assigned.

There are no fewer than eight opposition parties in the Irish government at present and that doesn’t even include the 15 independent deputies who complete the line-up. As such, Dáil debates are often held up to accommodate such a broad mix of opinions and backgrounds. What should be serious debate is often reduced to little more than petulant squabbles and bickering.

The House of Representatives has almost exactly the opposite problem. There are simply not enough voices. The political issues of the most important country in the Western World essentially boils down to the differences between two parties.

How can a country, with a population of over 350 million people, be represented properly by just two parties who, for all their arguing, are really not that different from each other? A political compass test shows that the Democrats and Republicans are practically identical when it comes to policy. Both have exhibited neoliberal tendencies since the 1980s with the only difference between the two parties being that the Democrats have a slightly more liberal inclination.

There is hardly any left-wing representation in the US largely due to a deep-rooted fear of socialism. The misconception that has essentially existed since the Red Scare has essentially allowed right-wing neoliberal politics to evolve unchecked in the US.

The Dáil might have its petty arguing, but it is better to have that than a two-party government.

The Irish government is at a distinct advantage, however. A population of 4.7 million means that a Dáil of 158 TDs equates to one representative for every 29,000 Irish citizens. In contrast, there are 750,000 citizens for every representative in the US.

There would need to be over 11,000 representatives for the American system to give a similar representation to its people.

Voting booths at a polling station in Florida. Gettyimages

The contrast between voting in Ireland and in the US couldn’t be starker. Ireland employs proportional representation by single transferable vote (PR STV), while America uses the more traditional method of first past the post, something used in British elections.

The Irish way is clearly fairer. Simply put, numerous Irish politicians are elected from each constituency to ensure that each viewpoint is fairly recognized. In America, like in Britain, this is not the case.

Two candidates could compete in a hotly contested district which returns results of 51% to 49% and the 49% who voted for the losing candidate will receive no voice or representation whatsoever.

While PR STV ensures fair representation, it is not without its problems. There are so many candidates in each Irish constituency that, to differentiate from one another, candidates have to run on what they can do for the community rather than what they can do for the country. It often reduces the role of a TD to that of a super-councilor. This leads to the elections of deputies like the Healy-Raes; TDs that have been detrimental to the well-being of the nation, but hugely beneficial to their own constituency.

However, the Irish system, flawed as it may be, is still superior because of fairness.

The outdated, and frankly archaic, electoral college of voters ensures that a candidate can comprehensively lose the popular vote and still win an election. It boggles the mind and doesn’t hold a candle compared to PR STV.

The separation of powers

While the Irish state mimics the US system in separating its powers, its efforts to do so are skin deep. The Irish Seanad is obsolete and has no real control over the affairs of the Dáil. It can only delay a bill being passed into law and has no powers to veto. The fact that the Taoiseach nominates members to the Seanad practically redundant anyway as there will almost always be a government majority in the Seanad.

The office of the president is similarly powerless and Michael D Higgins acts in an almost exclusively ceremonial role.

Contrast that with America, where the Senate is nearly as powerful as the House of Representatives and the office of the presidency is the most hotly contested seat in the political sphere. It leads to a genuine separation of powers which – unless one party controls the Presidency, Congress and the Supreme Court simultaneously – prevents one party from asserting too much control over the nation.

Congress historically has kept the office of the presidency in check, notably in 1973 when it passed the War Powers Resolution to prevent the US president from waging war without the consent of Congress. It’s difficult to imagine such a system ever working in Ireland, with the only tangible power coming from the Dáil.

Such is the power of the Dáil that it elects the most powerful person in the country with no say from the voting public.

Both systems are fundamentally flawed, and the words of The Simpson's Kent Brockman spring to mind.

"I've said it before and I'll say it again. Democracy simply doesn't work."

The Irish system of government, partly because it presides over a population 100 times smaller than that of the US, is less flawed though. A fairer system of voting, coupled with a far more diverse collection of political voices, make up for a rather poor separation of powers.

Which do you think is a better system of government? Let us know in the comments.