Bannon, 67, was summoned to testify before the House of Representatives Select Committee about what he knew about plans for the January 6 protests that culminated in the storming of the Capitol Building. 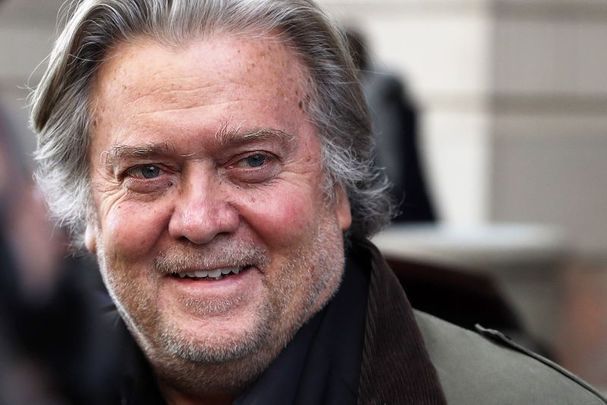 Former White House Chief Strategist Steve Bannon has been charged with criminal contempt of Congress after he refused to give evidence about the Capitol riot that took place in January.

Bannon, 67, was summoned to testify before the House of Representatives Select Committee about what he knew about plans for the January 6 protests that culminated in Donald Trump supporters storming the Capitol Building in Washington.

He has been charged with refusing to appear for a deposition and for refusing to produce documents for the Select Committee.

Bannon could face up to a year in prison and a $100,000 fine if found guilty of the offenses.

Last month, the House of Representatives voted to send the case to the Department of Justice, which announced on Friday that it would be prosecuting the former Trump aide.

US Attorney General Merrick Garland said on Friday that the decision to indict Bannon reflects the Justice Department's "steadfast commitment" to the rule of law.

Bannon is expected to surrender himself to authorities on Monday.

He is quoted as saying on January 5 that "all hell is going to break loose tomorrow", according to subpoena documents related to the case.

Lawyers representing Bannon argue that all communications with former President Donald Trump are protected because of executive privilege.

Trump, meanwhile, has urged all former aides to refuse to submit to depositions, arguing that they have the right to withhold information due to executive privilege.

Trump is additionally attempted to prevent a wealth of phone records, visitor logs, and other documents from being used as evidence in the inquiry.

The last person to be successfully prosecuted for being in Contempt of Congress was in 1974 during the fallout from the Watergate scandal that saw former President Richard Nixon resign from the White House.

Bannon was previously indicted along with three others in August 2020 for defrauding "hundreds of thousands of donors" with his "We Build the Wall" campaign.

The four men were accused of funneling hundreds of thousands of dollars out of the campaign, which raised more than $25 million.

Bannon, however, evaded prosecution when former President Trump pardoned him before leaving office in January.