We've lost one Irish American FBI Director, but we could gain another. 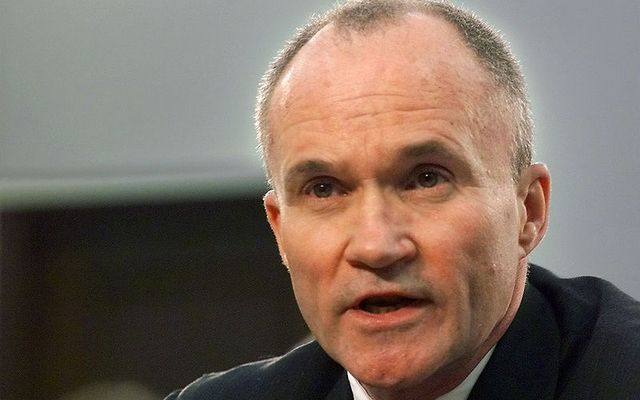 One Irish American for another?

That’s a definite possibility at the Federal Bureau of Investigation after the unceremonious firing of Yonkers native James Comey by President Trump on Tuesday.

A number of names have been circulating in reports linked to the now vacant job of FBI Director.

And one of the more prominent ones is that of Ray Kelly, twice former NYPD commissioner and a former Commissioner of the U.S. Customs Service.

Kelly is widely respected in the law enforcement community and would draw bipartisan support on Capitol Hill if he was nominated by the Trump administration.

Senator Charles Schumer, now the Democratic Minority Leader in the Senate, has previously endorsed Kelly, not just for the top FBI job but also the position of Secretary of Homeland Security.

And a Senate vote is required to confirm a nominee for the director’s post.

While he is not a member of the Senate, Republican Congressman Peter King is a fan of Kelly and his view would be paid attention to by GOP senators.

In a somewhat nuanced reaction to the firing of Comey, Rep. King singled out Kelly, a former U.S. Marine, as his choice for the director’s job.

King, in a statement, said it was essential that President Trump now nominate an FBI director with outstanding ability and unimpeachable integrity “someone of the caliber of Ray Kelly.”

King, whose House committee memberships would certainly underpin his view on a new director, also had words of praise for ousted director Comey.

He said that he had known, and had dealings, with Mr. Comey for a number of years, “primarily in my capacity as a member of the Homeland Security Committee and the Intelligence Committee.”

And he added: “Just last Thursday afternoon I was at a closed-door hearing of the Intelligence Committee where Director Comey testified for almost three hours regarding the FBI investigation of Russian involvement in the 2016 campaign.

“In my dealings with Director Comey I found him to be direct and honorable.”

Rep. King said that President Trump had the statutory right and constitutional authority to remove the FBI director.

And he added - in reference to the ongoing FBI investigation into possible collusion between Russia and the pre-election Trump presidential campaign under then Director Comey – that “thus far there is no indication of any evidence of collusion between the Trump campaign and Russia.”

The Long Island Republican said that the FBI investigation into Russia and the 2016 election “must continue uninterrupted.”