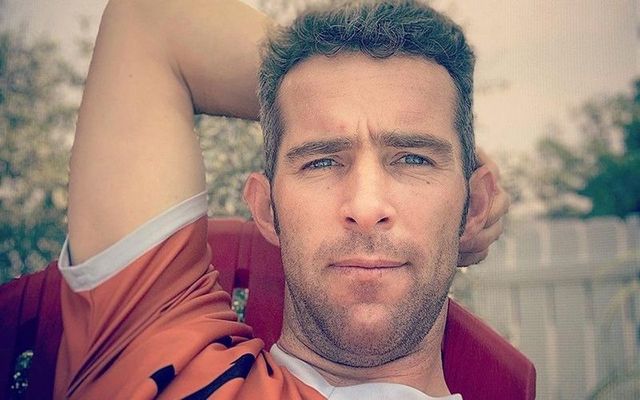 Keith Byrne: Back home with his family after Trump immigration raid arrest over 14-year-old pot charges, where fines were paid. Facebook

Keith Byrne, the Irish citizen arrested in the President Donald Trump immigration crackdown, has talked of his fear and shock about his arrest. He says he was handcuffed shackled and thrown in a prison cell.

Byrne (37), a  Cork native, was arrested on his way to work in a Philadelphia suburb. A married father of three, he runs a successful painting business. He won a temporary relief last week after major publicity over his case, first reported in Irish media by IrishCentral.

He told RTÉ News on Sunday that when he was pulled over by US Immigration officers. He became very frightened.

"I was very scared at the beginning of course. I guess more than anything else I was just heartbroken. My babies, my wife, my business, my customers, my life. Everything I had worked so hard for was just gone, without warning. I was scared."

Bryne arrived in the US, in 2007, and married wife Keren, an oncology nurse, in 2009. However, his marriage visa was blocked because he had two misdemeanor pot convictions, both settled by paying a fine.

He described his arrest as "pretty shocking" and says he was "confused" because he had "been fighting for a long time to make things right".

"To pounce on me the way they did, it was pretty shocking. Yeah, I was scared, I was very scared,” he said.

Speaking of his pot conviction he said "It's kind of embarrassing. It's a 14-year-old fine that I paid in court. I don't know what kind of message people are giving out by sending me home over that. I've made a good life over here so; I've paid my penalty".

He stated he has "never hid" in the United States.

"I came here, and I got lucky. I've lived the 'American dream'. Hard work made good luck, so may it continue.

He told RTE how he was put in handcuffs and shackles and ICE agents "threw him in a cell" and later drove him to county jail, "with who knows who."

Byrne said being  deported "would be horrible" and that "nothing good comes from sending me home."