Leo Varadkar to make visit to Choctaw Indians, who had their own trail of tears but still helped Irish during the Great Hunger. 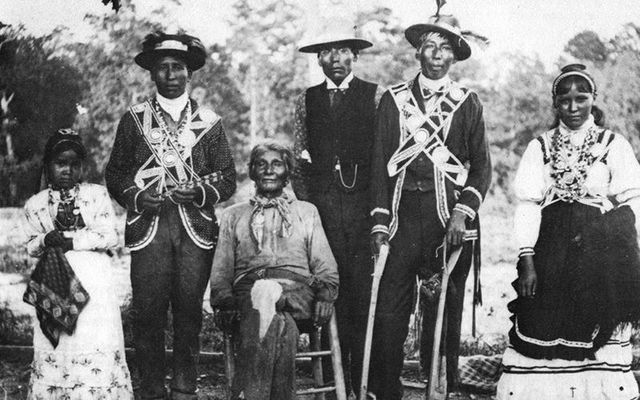 Leo Varadkar to make visit to Choctaw Indians, who had their own trail of tears but still helped Irish during the Great Hunger.

Irish Taoiseach (Prime Minister) Leo Varadkar will make an historic pilgrimage to Oklahoma to meet with members of the Choctaw tribe who donated money to Irish famine relief in 1847.

Varadkar will go to Durant, Oklahoma on Monday March 12th to make a presentation to current Choctaw chief Gary Batton. Speaking ahead of the visit, Varadkar stated he was captivated by “one of the oldest connections we have with America”.

“Even though some of the people who took their lands were Irish, the Choctaw understood our pain and felt kinship with us, because they had experienced it themselves,” he said.

On March 23, 1847, the Indians of the Choctaw nation took up an amazing collection. They raised $170 for Irish Famine relief, an incredible sum at the time worth in the tens of thousands of dollars today.

Taoiseach @campaignforleo is to meet with members of the Choctaw Native American community when he visits the US next week. He’ll thank them for their ancestors generosity to Ireland during the Great Famine. pic.twitter.com/JRhUMdIIg6

They had an incredible history of deprivation themselves, forced off their lands in 1831 and made embark on a 500-mile trek to Oklahoma called “The Trail of Tears.” Ironically the man who forced them off their lands was Andrew Jackson, the son of Irish immigrants.

On September 27, 1830, the Treaty of Dancing Rabbit Creek was signed. It represented one of the largest transfers of land that was signed between the U.S. Government and Native Americans without being instigated by warfare. By the treaty, the Choctaws signed away their remaining traditional homelands, opening them up for European-American settlement. The tribes were then sent on a forced march.

As historian Edward O’Donnell wrote “Of the 21,000 Choctaws who started the journey, more than half perished from exposure, malnutrition, and disease. This despite the fact that during the War of 1812 the Choctaws had been allies of the-General Jackson in his campaign against the British in New Orleans."

Kindred Spirits by Alex Pentek ....This sculpture was erected last year in Midleton,Co. Cork and is dedicated to the Choctaw nation whose ancestors provided relief to Ireland in 1847 during the Famine. pic.twitter.com/rvJRhNDrBq

Now sixteen years later they met in their new tribal land and sent the money to a U.S. famine relief organization for Ireland. It was the most extraordinary gift of all to famine relief in Ireland. The Choctaws sent the money at the height of the Famine, “Black 47,” when close to a million Irish were starving to death.

Thanks to the work of Irish activists such as Don Mullan and Choctaw leader Gary White Deer the Choctaw gift has been recognized in Ireland and now given new prominence by the Varadkar visit.

In 1992 Irish commemoration leaders took part in the 500-mile trek from Oklahoma to Mississippi. The Choctaw made Ireland’s president Mary Robinson an honorary chief. They did the same for Don Mullan.

The gift is remembered in Ireland. The plaque on Dublin's Mansion House that honors the Choctaw contribution reads: "Their humanity calls us to remember the millions of human beings throughout our world today who die of hunger and hunger-related illness in a world of plenty." There is also a sculpture in Cork.

Read more: The horrific tale of a Mayo village's death during the Great Famine