Government turns its back on new major Irish Diaspora center

Huge missed opportunity as new Irish diaspora center will open, in Dublin's CHQ, in May 2016. 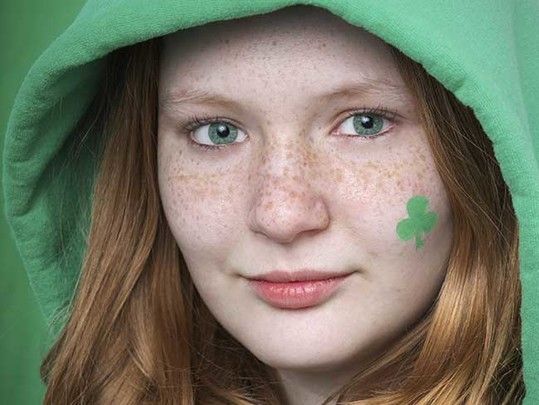 Huge missed opportunity as new Irish diaspora center will open, in Dublin's CHQ, in May 2016. iStock

Last week, I was in South Kerry and the Ring of Kerry. It’s an amazing landscape. The road from Kenmare to Waterville in south Kerry is bleak and windswept. Though of staggering beauty, with green mountains which roll down to the wild Atlantic, it is a hard place to make a living. And yet people have done, for many generations.

In the small stone ruin beside where I am staying, my wife's grandfather was one of eight raised on fishing and subsistence farming. As a man once said, ‘you can’t ate the view’ and so they emigrated – in huge numbers. However, the area is also a major tourist draw and has been for generations, not least by Americans keen to discover more about their roots and heritage.

Indeed, it seemed that everywhere I went in this Kerry area, driving around in the rugged landscape, there were references to America, and to the emigration that emptied out the region and filled up the cities and towns of America. There were US flags in the towns and inside the bars, next to pictures of JFK and Gaelic football teams in Boston and San Francisco.

Roofless stone cottages dotted the land, and in the two local newspapers, the obituaries continue to provide fascinating links to the US, with now-aged emigrants dying off but they had fascinating and full lives, working in the docks of New York or in the southern cities and serving in the US Army, and Navy. They were lives full of hope and adventure.

By contrast, I read some local history about the brutal conditions of tenant farmers in Kerry in the 19th century and the brutal landlord system, installed to uphold English colonial rule. The main landlord for the region, Lord Lansdowne, even arranged to pay for his tenants to be transferred to New York and especially to the notorious Five Points section of lower Manhattan. One academic showed the exact number of his former tenants living on streets around a section of the Lower East Side. This later led to the naming of a ‘Kenmare Street’ in the area, by Big Tim Sullivan, the Tammany Hall politician, whose mother hailed from the town. The connection between south Kerry, and indeed all of Ireland, with a welcoming and challenging Unites States, is intimate and long standing.

All of this made me realize how poorly explored and honored has been this amazing diaspora experience by successive Irish Governments. When President Obama was in Ireland, and in Moneygall, he was amazed at the affection and friendliness of those honoring his connection.

This week his succession, and a possible run for the US Presidency, was considered by Joe Biden, a man fiercely proud of his Irish roots. And yet all that the Irish Government can do, in the face of this heritage, is produce a certificate for sale that announces an applicant’s Irish ‘heritage’ – and not sell any more than 3000!. Meanwhile, there is still no diaspora museum or center and the State will not be involved in the one that is not planned.

This year has been a bumper one for people visiting Ireland and 2015 has so far been the best year for tourism on record. Numbers released by the Irish Central Statistics Office show that from January to June, the number of overseas tourists visiting Ireland increased by 11.7%, with 3,876,200 visits overall.

However, there is a big missing factor in this: the diaspora, and the Irish Government’s much-vaunted commitment to honoring this tradition – but also its ability to turn a buck out of it. Tens of thousands of foreign visitors, with an Irish heritage, visit Ireland every year and go through the often powerful experience of exploring their family background and getting in touch with their roots. They may go to their ancestor’s birthplace, and explore the usual list of museums, galleries and tourist attractions.

However, there is still no central place that such visitors, and curious Irish people, can go to explore the full dimension of the Irish diaspora and its variety, scale and multi-faceted impact of the Irish emigration overseas, and how it contributed to the fabric of America, Australia and modern Britain, among other places. And having committed to the project, to such an exciting and long over-due asset, the Irish Government has now simply abandoned it. It makes one wonder about the sincerity of the Irish state’s commitment to the Irish diaspora, or is it just an overseas constituency to be tapped and applauded around the St Patrick's Day season?

After all, this month it was revealed that fewer than 3000 people had applied to the Government’s poorly thought out Certificate of Irish Heritage program – a wheeze to drum-up easy money and offer little to the applicant in return, except a scroll of paper.

The decision of the State to step away from a Diaspora center and museum is even more puzzling, as it would have generated considerable income. In February, the Irish Government axed the planned iconic €26m National Diaspora Centre because they were told that there was no capital funding for the project.

The plan had been for a private/public partnership, and eager and enthusiastic pitches had been prepared by venues in Cork, Dun Laoghaire and Donegal. Approximately eight companies were short-listed, all of which persuasively put a case that they would be relying on a mix of Government funding, public and private sector borrowing, philanthropic, corporate donations, along with local authority funding.

However, Failte Ireland, recommended cancellation of the competition, arguing ‘that the complexity of the procurement process and the financial uncertainties of the current proposals present significant risks to the successful completion of the project in its current form’. This bland corporate-speak is even more strange, given that last year, the same tourist authority had heartily concluded that such a ‘center would be viable and self-financing and would enhance Ireland’s tourism offering.’

It had been anticipated that there would be capital funding for the project by the end of 2014, but perhaps because of certain pre-election government giveaways, the Government has allegedly discovered after its 2015 Budget, that there was no funding ‘available in the foreseeable future.’ So why now just delay the project rather than cancel it? This is a depressing lack of imagination and drive from a Government presiding over the fastest growing country in Europe.

The good news is that it takes an experienced entrepreneur into the fray, and a man who is seasoned in the global business culture but who is also an emigrant himself. Neville Isdell left Ireland as a young man and has become a global tycoon, being at one stage the head of Coca Cola internationally. In recent years, Isdell bought the wonderful CHQ building on the Liffey by Dublin’s old docklands and renovated it as a Faneuil Hall-type venue for upscale retail, restaurant and hopefully cultural attractions.

Part of this plan is to locate a diaspora center in the basement of the CHQ, which is a vast and beautiful cut-stone warehouse from the early 19th century. Isdell’s plan was probably the strongest of the bids and had the attraction of being at the center of the capital in a growing and exciting area, not far from the Silicon Docks and next to the Financial Services Centre.

However, frustrated at the delay in the process and then the Government’s postponement, Isdell and his team have decided to press ahead and develop the diaspora remit into an interactive visitor experience called Epic Journey, which tells the entire story of Irish history and its links abroad through different eras and different elements of the diaspora.

The great news is ‘Epic Ireland’ will open on May 6 next year. Construction is underway in the Vaults of the CHQ and the first four hires have been made and are beavering away. Design has been finished and the whole look is being created and finished. All systems are go, and it’s on schedule. There is a new co-CEO in place and a senior Marketing manager appointed. Epic Ireland departs considerably from the traditional ‘documents under glass’ approach of the usual such museum and will have walk-through videos, films and music. The Riverdance composer, John McColgan, has been advising the project.

This is great news, for there has never been a better time to explore the Irish diaspora, and the Irish Government is losing a great chance by not getting more involved.

Interestingly, in a memo to the Government about such a center, the Tourism Board warned that if the competition ‘proceeded without State aid, there would be criticism for the Government’s failure to provide funding along with reputational damage and criticism for lack of state investment.’

Perhaps the Irish Government will come to regret its withdrawal from this exciting project.