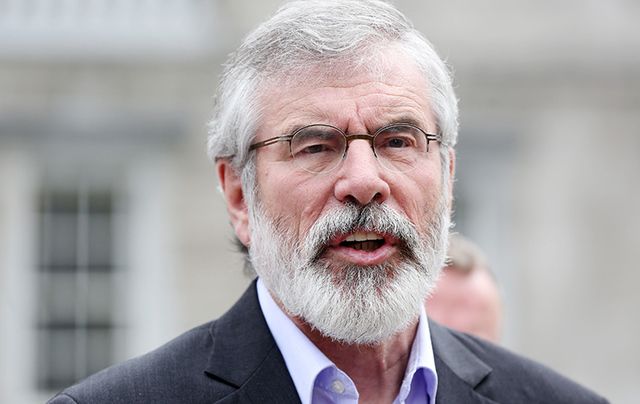 The Northern Ireland talks to try to restore the power sharing government failed to reach a successful conclusion at the weekend and missed a deadline. Sinn Féin president Gerry Adams accused the DUP of "showing no urgency".

But the DUP's Simon Hamilton said Sinn Féin cannot "demand a 10-0 win" in negotiations and urged the party to "change its attitude and approach.”

Adams remained pessimistic however. "I don't believe that there is going to be a deal by Monday," the party leader said.

"The DUP are showing no urgency or no real inclination to deal with the rights-based issues which are at the crux and the heart of these difficulties which we are talking here about."

He said the issues were republican demands for an Irish language act, a bill of rights, same-sex marriage and dealing with the legacy of the Troubles. These were all promised in the previous deals agreed by both sides but never implemented,

On the BBC's Sunday Politics, Hamilton said the DUP wants to see devolution restored through a "good deal" that is "fair".

"We want to see an executive and an assembly up and running again," the former enterprise minister said.

"At this minute in time, that requires Sinn Féin to change its attitude and its approach to these talks and not demand the sort of 10-0 win it's looking for.

"Instead, [it should] work with us together and build on the progress that we have been making over the talks to get a fair, a sensible and a balanced deal that can be supported by all sides of our community.

British Secretary for Northern Ireland James Brokenshire said he would make a statement to the British parliament on Monday.

Brokenshire told Q Radio he could see where areas of compromise may lie.

"But we are not there yet and time is running short," he said.

"There are no deadlines that I have set, I am simply making a statement to parliament on Monday afternoon to update the House of Commons and to update on what the next steps might look like."