80 Syrian refugees to be housed in small Roscommon town

Local politicians are questioning the decision of the Irish government to relocate up to 200 mostly Syrian refugees in a small town in Co. Roscommon. 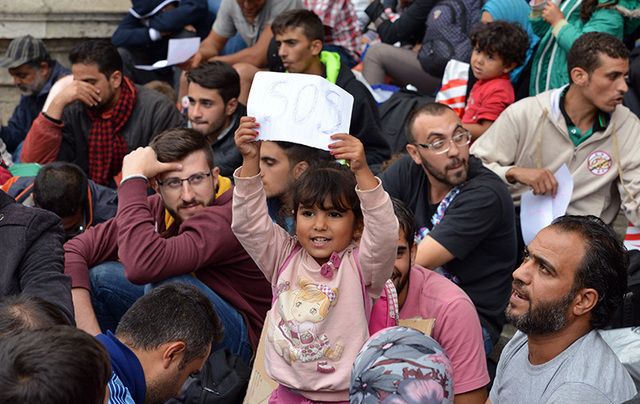 200 mostly Syrian refugees may be relocated to a small town in County Roscommon. iStock

Local politicians are questioning the decision of the Irish government to relocate up to 200 mostly Syrian refugees in a small town in Co. Roscommon.

Eighty refugees fleeing violence in Syria and currently located in Greece and Italy will be initially relocated to an unused hotel in Ballaghadereen, Co. Roscommon, under the instruction of the Department of Justice.

The refugees are set to remain in the town, residing in the restored Abbeyfield Hotel, for two years. The former hotel had previously sat idle before its recent restoration. It is now set to be used as an emergency reception and orientation center.

The decision was met with a mixed reaction in the town, however, and Roscommon County Council held a meeting this morning to discuss the arrival of the refugees, with some questioning the choice of a small, rural town which already suffers from high levels of unemployment.

"It has high unemployment, so taking in any number of people with refugee status will place further problems on the town and area.

"I wouldn't think there's any negativity, but I think it's landed as a shock that people have to prepare - sure, getting ready for any event you have to make preparations."

The Abbeyfield Hotel were refugees are set to be relocated. (Photos: Ballaghaderreen.ie)

Council members were informed on Thursday evening of the decision to rehouse the refugees in the former hotel and an emergency meeting was called for 11.00 am Friday morning as disquiet emerged regarding the lack of local consultation.

Chairman of the council Tony Ward told the Irish Times that the Department of Justice were to brief councilors on the plan and allow the county council to have their say on it.

John Roycroft, Dept of Justice, speaking to Ros councillors says up to 200 refugees will be housed at Abbeyfield Hotel in Ballaghaderreen.

Although locals seem willing to welcome refugees, the disquiet appears to emerge around the choice of the hotel, which the Irish Times reports, many locals had hoped would reopen after restoration, given its importance to the local economy.

“I have nothing negative to say about the refugees but we would be sorry at the loss of the hotel,” a source told the Irish newspaper.

Fine Gael councilor from Castlerea Liam Callaghan also told TheJournal.ie: “It’s hard to gauge as yet, it came as a shock initially. The Abbeyfield closed during the boom and was only renovated during the summer.”

“It had been expected that the hotel would reopen as a tourist facility for connecting with Knock and type of thing, which would have been a great boost to the town. But that’s out the window now. So from that line, there’ll be disappointment.

“There’ll be concern in relation to how the refugees would be integrated, where they’ll go to school. The Abbeyfield is surrounded by residences, all this has to be tracked out today. But the biggest problem is there was no word on it, and it’s something that’s obviously been planned for quite some time, yet there was no dialogue with us,” he added.

The hyperbole of Boyd Barrett, Zappone and others on a welcome for refugees finds its reality in a Roscommon town - join me for High Noon

Caller in Roscommon reckons Syrian refugees will feel welcome there because there are 2 churches in the village #HighNoonNT Jesus wept.

The Abbeyfield Hotel, located on the Mayo border side of Co. Roscommon, holds 40 beds and can house up to 250 people. While the initial group of 80 refugees is set to be moved into the town over the next two weeks, plans may see as many as 250 relocate to Ballaghadereen over the next two years.

“I’m not convinced that appropriate plans are in place for this. There has been no engagement or consultation with the people of Ballaghaderreen, and like all small towns, this is a very close-knit local community.

“You’re talking about 250 people coming in. Ballaghaderreen has a population of just under 2,000. That’s one in eight people when this happens.

“I’m very much in favor of Roscommon doing its fair share, but one in eight would be significant for any community -we need to be sure the proper resources are put in place,” she added.

“We need to know what extra resources will be put in place in order to be convinced that these people are properly supported. But we also need to be sure that the community and town of Ballaghaderreen are able to cope with the arrival of people who need a high level of support.”

"Bringing 250 people into a town of just 2,000" - Council meets to discuss housing of refugees in ref.... https://t.co/zybQuFX2jf #roscommon