Police gathering in Ireland under investigation for breach of COVID rules

Anyone found guilty of breaching the regulations could face a €2,500 fine or six months in jail. 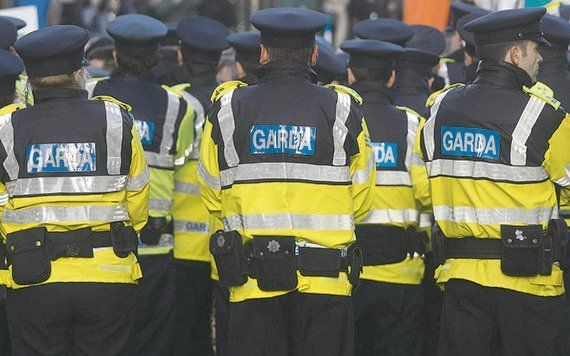 Gardaí gathered at Tramore Garda Station in Waterford to celebrate the promotion of an officer. RollingNews

Gardaí (Irish police) are investigating a social gathering at a Waterford garda station to celebrate the promotion of an officer.

The gathering took place at Tramore Garda Station in mid-November at a time when Ireland was under Level 5 COVID-19 restrictions, while two gardaí who attended the gathering later tested positive for COVID-19.

A chief Garda superintendent from outside Tramore is now investigating the gathering and will attempt to find out whether the event was organized or impromptu.

Gardaí will consult with the Director of Public Prosecutions if the senior investigating officer deems that the gathering was organized as it would be a breach of COVID-19 regulations.

The investigating officers will attempt to determine if attending officers breached Section 8 of the Health Act (1947) Temporary Restrictions for Covid-19 Regulations 2020. Anyone found guilty of breaching the regulations could face a €2,500 fine and up to six months in jail.

The Irish Independent reports that a significant number of officers attended the gathering, although everyone who attended was working on the day in question and no alcohol was consumed.

Two gardaí who attended the gathering tested positive for the coronavirus in the subsequent days, but it was later established that they contracted the virus elsewhere.

The two officers told contact-tracers that they attended the gathering, which ultimately led to the garda probe.

The Independent reports that garda sources have described the situation as "embarrassing" and that it was important for officers to set an example for the rest of the country to follow.

The source stressed that the gathering was not a party and that it happened during the working day with on-duty gardaí in attendance.