The pensioner was attacked with a machete-like bladed weapon. 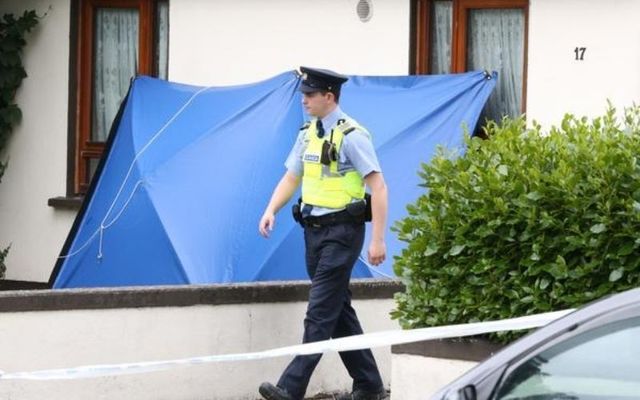 A member of An Garda Síochána patrols Whitechapel Road, where the 77-year-old was brutally stabbed to death. Rolling News

A Dublin community is in shock after a pensioner was brutally stabbed to death in the early hours of Saturday morning.

The man, who gardaí say was in his 70s, was fatally stabbed outside a house in the Whitechapel Road area of Clonsillla at around 5:55 a.m. on Saturday morning following an argument that occurred overnight.

The man, named in several reports as 77-year-old Peter McDonald, was pronounced dead at the scene and the suspect, a man in his 40s, barricaded himself inside a nearby house, creating a standoff that lasted almost six hours.

Gardaí swiftly implemented barricade protocols and issued a media blackout. The barricade incident was resolved at around 11:40 a.m. when the suspect was tasered by members of a Garda Armed Support Unit.

The suspect was promptly arrested and detained in Blanchardstown Garda Station.

Gardaí believe that the suspect has mental health issues and had received several reports that he had been acting strangely in recent days.

The Irish Times reports that Peter McDonald, the victim, noticed the suspect interfering with a car outside his house just before six a.m. and went outside to confront him.

The suspect began shouting at McDonald before attacking him with a machete-like bladed weapon, causing "catastrophic injuries."

One neighbor told the Irish Mirror that the victim was a "very friendly man" while another said that he was "ever so good" to children in the area.

Other locals spoke about how the incident had caused distress in the local community and how it had brought fear to the area.

Read more: Man accused of Adrian Donohoe murder "wore the shooting like a badge of honor"