Paul Ryan joins the board of Fox Corporation

The Irish American former Speaker of the House was appointed to the board of the newly slimmed-down Fox Corporation on Tuesday. 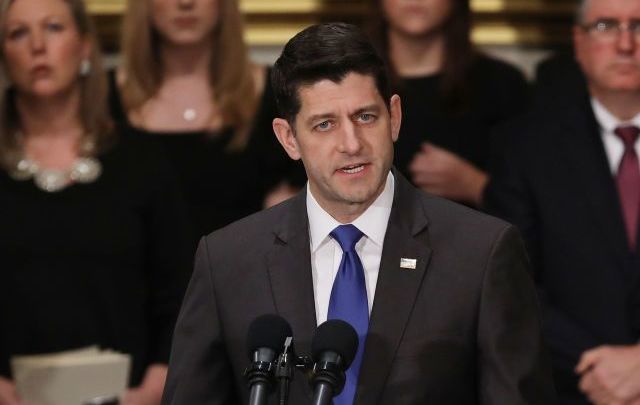 Fox Corporation has welcomed Irish American Paul Ryan as the newest member of their board.

The newly slimmed-down Fox Corporation, the parent company of Fox News, appointed Ryan and three other board of directors on Tuesday as a deal with Disney was wrapping up.

Come Wednesday afternoon, Disney will have acquired most of 21st Century Fox, including its movie studio and entertainment cable channels. The remaining parts of the corporation are forming a new company simply named Fox to be run by Rupert Murdoch's son Lachlan Murdoch.

Read more: Speaker Paul Ryan says he wants to be Ambassador to Ireland

Ryan is the noteworthy of today's appointments due to his former powerful role within the Republican Party, which some feel further reflects the cozy relationship between the party and Fox.

The GOP/Fox merger is becoming increasingly formalized. Trump watches and promotes it incessantly, Fox appoints Paul Ryan to its board. https://t.co/Chro5Gg2mP

Paul Ryan traces his Irish heritage on his father’s side, whose ancestors arrived in the US from Co Kilkenny. What the family is certain of is that James Ryan arrived in the United States in 1851, just six years after the Great Famine in Ireland began.

While speaker, Ryan kept in his office a Kilkenny jersey and a hurling stick, presented to him by the Irish Lobby for Immigration Reform when he was their breakfast speaker a few years ago. At that breakfast, he took out a Famine document from the 1850s and spoke movingly about his ancestor's trek across the Atlantic.

What do you make of the appointment? Let us know in the comments section, below.