Paul Doran (45) from Co Kildare, who was with his wife and children at Seven Mile Beach in New South Wales, Australia, died while attempting to rescue his daughter who was swept out to sea. 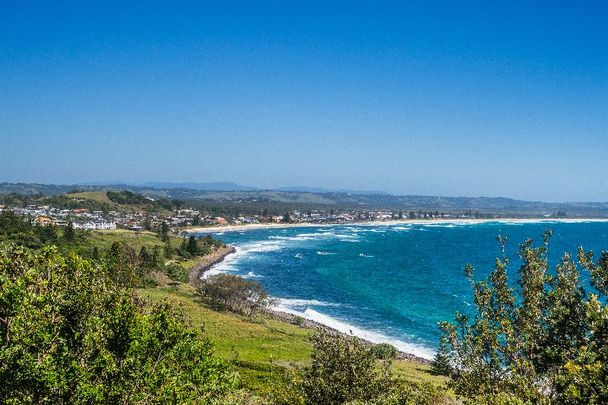 An Irish man who drowned while attempting to rescue his daughter from the surf at Lennox Head, New South Wales Police said on Thursday, January 19 has been named as Paul Doran, from Co Kildare.

Doran (45) was a native of the Ballymore Eustace area where he lived with his wife and children before the family relocated to Australia in 2022.

NSW Police said that Doran, his wife, and their three children were only in shallow water at Seven Mile Beach at about 6:30 pm on Wednesday, January 18 when their 11-year-old daughter was swept out to sea on a bodyboard.

Doran swam out to her but was unable to bring them back to shore.

His wife also swam out and she and the girl were able to reach the beach and alert authorities.

Two police officers, who were first on the scene, entered the surf in an attempt to find Doran but were unsuccessful.

The father was retrieved from the surf at about 7 pm by surf lifesavers.

NSW Ambulance paramedics initiated CPR but were unable to revive him and he died at the scene.

His wife and daughter were treated by paramedics and allowed to go home.

A 45-year-old man has drowned while attempting to rescue his 11-year-old daughter from the surf at Lennox Head overnight.
➡️ More details: https://t.co/04BCJVe9eX

NSW Police said that the family is from Lennox Head and that officers from Richmond Police District have alerted the Irish Consulate of the man’s death.

Seven Mile Beach was not patrolled at the time, police said.

Mayor of Naas, Cllr Evie Sammon, who knew Doran, said he was “loved and very well respected” in the communities of Ballymore Eustace and Naas, according to the Irish Independent.

“I’d like to send our deepest condolences to Paul’s family from the communities of Ballymore Eustace and Naas. Paul was loved and very well respected locally and the community is very saddened by his tragic death,” Cllr Sammon said.

NSW Police said that a report will be prepared for the information of the Coroner, and that anyone with information about this incident is urged to contact Crime Stoppers at 1800 333 000 or online. Information is treated in strict confidence. The public is reminded not to report information via NSW Police social media pages.

"They managed to recover the 45-year-old that was submerged in the water and bring him to shore," he said.

"Unfortunately, the male wasn't able to be revived."

Surf Life Saving NSW chief executive Steve Pearce that the Irishman's drowning was the tenth coastal drowning in the state so far this summer, and the third involving a parent going to the aid of their child.

"It's completely understandable that, as parents, we would go to the aid of our kids in trouble without question," he said.

"Sadly though, it so often ends in tragedies like this."