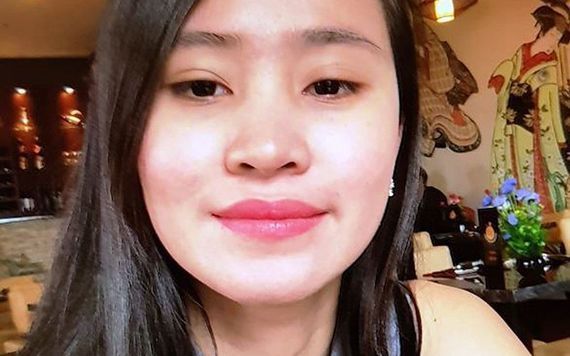 The parents of a Filipina student who was murdered in Ireland three years ago have penned a heartbreaking letter to their daughter on the third anniversary of her death.

Jastine Valdez, 24, was abducted by Mark Hennessy after she got off a bus in Enniskerry, County Wicklow at about 6:15 p.m. on May 19, 2018. Her body was discovered on May 21 near Puck's Castle Lane in Rathmichael, County Dublin.

Meanwhile, members of An Garda Síochána shot and killed Hennessy at Cherrywood Business Park on May 20 as they believed he was stabbing Valdez in his car. Hennessy was in fact using a Stanley knife to inflict injuries to his wrist.

Jastine Valdez's parents Teresita and Danilo spoke of their continued heartache on the third anniversary of the discovery of their daughter's body and said that they still had no answer as to why Hennessy abducted and killed her. Hennessey was reportedly a stranger to Jastine Valdez at the time of her abduction.

The heartbroken parents said that they still prepare a plate of food for their daughter every night and "prop up a pillow for her" when they go to bed.

"I still cannot believe my daughter is no longer around to talk about our plans for the future," Danilo Valdez told the Irish Mirror, adding that he still hopes that what happened was just a bad dream.

Her mother Teresita said that the COVID-19 restrictions have caused a lot of grief to resurface because they can't find any distractions.

"We think about her even more because we cannot be with other people to distract ourselves from the pain," she told the Mirror.

Teresita has written a letter to her late daughter detailing how she still struggles to come to terms with her loss after three years.

"It’s been three years since you passed away, Jastine Jeryl “Anak” (Child). There is no shortcut in getting over our grief of losing you," she said in the letter, which was shared with the Mirror.

"There is no magic cure to make all the heartache go away forever without you, Jeryl.

"Many times it is so unbearable to cope. We are trying hard to get by, but it has become a ritual for me to break down and cry just to ease the heartache and the longing for you, my dear princess."

Teresita wrote of how she is reminded of her daughter by ordinary parts of life and how each memory causes her great pain. For Teresita and Danilo, missing their daughter has become a part of their daily lives.

Teresita also pondered what might have been if her daughter wasn't abducted three years ago.

She concluded the heartbreaking letter by telling her daughter that she would miss her for the rest of her life.

Danilo and Teresita have moved into a new home in Ireland and started new jobs after bringing their daughter's body back to the Philippines in 2018.