The former Rome Correspondent for the Irish Times, Paddy Agnew, will call a series of witnesses to testify on his behalf in an unfair dismissal case to be heard in Rome this week. 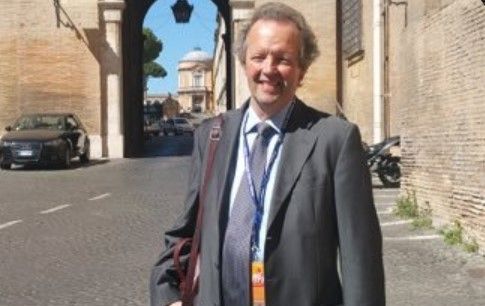 The former Rome correspondent for the Irish Times, Paddy Agnew, will call a series of witnesses to testify on his behalf in an unfair dismissal case to be heard in Rome this week.

Paddy Agnew, who had been writing for the Irish Times since 1986, has taken the newspaper to court for unfair dismissal. After 31 years of employment with the paper, they gave him no warning before terminating his position and now maintain that was never the Rome correspondent at all.

Last week Agnew wrote to his former colleagues criticising the newspapers comments. Now he will call on Ireland’s former president Mary McAleese, Archbishop of Dublin and former papal spokesman Diarmuid Martin, and BBC football correspondent Mark Lawrenson to provide evidence about their perception of his role at the Dublin based newspaper.

According to Agnew the Irish Times are maintained that he could not have been dismissed from his position as he never held the role of Rome Correspondent. Over the past 30 years, Agnew’s articles regularly appeared on page 12 of the newspaper as well as over 200 of his stories making the front-page of the Times.

On February 8, 2017, Agnew met with the then editor of the Irish Times Kevin O'Sullivan, at his own request, for what he assumed was a normal meeting for a foreign correspondent visiting Dublin. He was told at the meeting his salary would be cut from €50,000 salary would be cut to €20,000. Agnew said this was the first time the matter was raised.

The following day Agnew wrote to the Editor pointing out what a huge effect this cut would have on his livelihood given that the Irish Times was such a large part of his income as a journalist. One month later O'Sullivan phoned Agnew to inform him that this figure would be cut to €15,000.

Agnew told TheTimes.co.uk Deirdre Veldon, the Irish Times Managing Editor then wrote to him saying the paper would need to end this arrangement from March 31, 2017.

“Her letter offered no contract/salary/payment at all,” wrote Agnew. “Zero. Three weeks notice at the end of 31 years.”

In his email, just last week, to his former colleagues at the Irish Times, Agnew said he was expecting a “hard-fought but ethical Irish Times defense” however he was “not prepared for a willful distortion of my role in the paper for the last 30 years”.

The Irish Times said Agnew’s articles only appeared on page 12 and were of little interest to the Irish public, he was not always available to do stories and when he was interviewed on radio in Ireland he was not representing the newspaper.

Agnew also says the Irish Times claims he could never have held the role as Rome Correspondent as he was not a member of the Italian Journalists’ Guild. Therefore, he had worked “illegally”.

“But, hang on, who published this ‘illegal, non-bona fide’ journalist for the last 30 years?” Agnew said.

He went on to claim that the Times was looking for a legal loophole.

“So not only have I not been sacked but, 4,700 articles later, I was never a journalist in the first place,” Agnew wrote.

In March 2017 Agnew received an email from the Irish Times stating “we need to end our retainer and expenses arrangements with you”.

Agnew said the newspaper’s defense was one of “fundamental disrespect and disdain” and it had been unwilling to offer more than a “very modest settlement”.

“The commentary in the email does not reflect events or the circumstances that surround the case… Significant efforts were made to conclude this matter equitably but were rejected.

“The decision to restructure the contributory arrangement is endorsed by the senior management team of The Irish Times. The personalized nature of the comments relating to named individuals is unwarranted and regrettable.”