One Irish speaker said the move was more in keeping with a Bank of England than the Bank of Ireland. 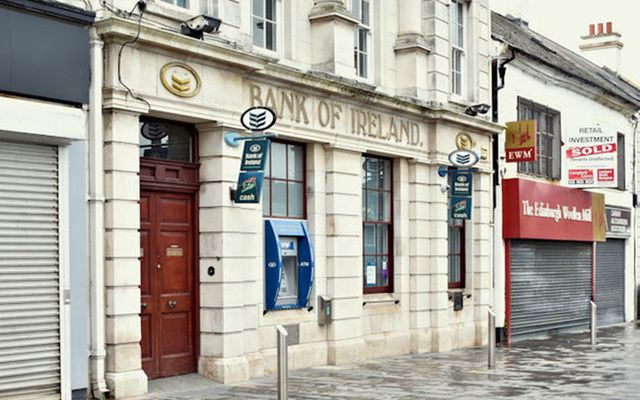 There’s been an outcry from Irish language speakers after the Bank of Ireland announced it was to remove the Gaelic option from its cash machines.

Currently, cash machine users are given the option of whether to proceed in English or in Irish, but old machines are slowly being replaced by ones that allow users to deposit as well as withdraw cash, known as LATMS, and the new ones will be monolingually English.

"When we analyze our ATMs which provide an Irish option, we find that fewer than 1% of ATM transactions on those devices are completed in Irish,” a spokesman for the bank said. "Given this continuing pattern of low and falling demand, since 2010 where ATMs are replaced with newer devices across the country it is not viable to continue to provide an Irish language option on the newer LATM machines."

Read More: Why the Irish language is not a political pawn and is important for Northern Ireland and Brexit

Bank of Ireland was keen to stress that it "supports Irish-speaking customers by providing some key services in the Irish language such as the provision of checkbooks, and withdrawal and lodgement dockets in Irish."

Labour Party Senator and Irish speaker Aodhán Ó Ríordáin has launched an online petition to save the service.

“For many years, this Irish language option has been a very welcome addition to banking services in this country and it’s removal shows very little regard for those who use the Irish language daily and live in Gaeltacht areas,” he writes. “The latest Census figures tell us that 190,276 people speak Irish every week. Initiatives like being able to take out cash as Gaeilge are a novel way of inserting the Irish language into your daily life.”

Online many gaeilgeoirí (as Irish speakers are known) were far less diplomatic.

“Bank of Ireland, only in name,” one woman tweeted.

“Shame on you ‘Bank of Ireland’,” another man tweeted.

This is why it's SO frustrating trying to live bilingually in Ireland. Mo náire sibh, 'Banc na hÉireann'

Irish remains Ireland’s first official language and 73,000 people speak it daily outside of the education system, according to the last census.