Oliver Cromwell was a "metrosexual" obsessed with his appearance

Reports set to shock historians - Oliver Cromwell was a metro-sexual in touch with his feminine side. 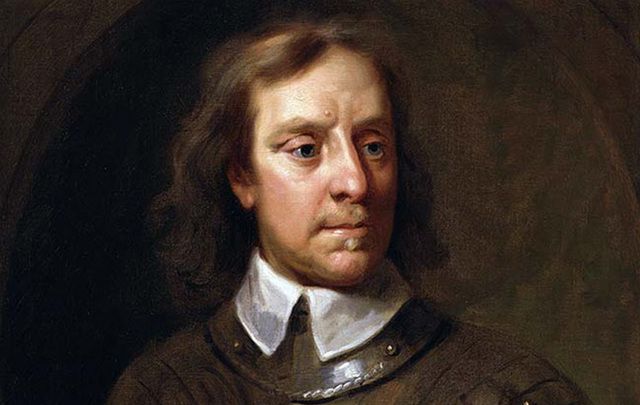 Reports are set to shock historians - Oliver Cromwell was a metro-sexual in touch with his feminine side.

Researchers now claim the merciless English tyrant was addicted to fancy cosmetics and infatuated with his appearance.

Cromwell, perhaps the most hated figure in Irish history, slaughtered tens of thousands of Irish men, women, and children in 1649.

He also coined the phrase ‘To Hell or to Connacht’ as he built a reputation as a warlord to be feared.

Now it transpires that he had a softer, effeminate side according to a report in the Irish Sun.

The newspaper says that academics now believe Cromwell was obsessed with his appearance.

The claim has been made after chemical tests on the contents of mysterious pots that once belonged to Cromwell.

The research concludes that the pots contain soft soap, most likely made from olive oil.

The scientists at Exeter University in England say the items had no medicinal use and were even scented with delicate fragrances.

Most soaps in the mid-17th century were made using animal fat or fish oils and tended to have a foul stench says the report.

Study group leader Sally Pointer explained: “The metrosexual Cromwell slathered himself in only the finest quality women’s creams which would have made him smell like flowers.

“This is real top-of-the-range stuff - like going into Harrods and shopping from the most expensive make-up counter.

“It shows appearances were important even for a person like Cromwell, who was very godly, with personally very strong puritan convictions.”

Pointer revealed the grooming products were taken from a small wooden chest containing 55 pots that once belonged to Cromwell.

Curators found four labels previously hidden under embroidered lids that list the perfumes in the products as ‘jasmine’, ‘orange tree flowers’, ‘bitter oranges’ and ‘cassia’, a spice similar to cinnamon.

Chairman of the British Cromwell Association Dr. Patrick Little said: “If this was a gift from abroad, it shows that he was not perceived as being austere.”

The chest will be the centerpiece of an exhibition which opens this weekend at the Cromwell Museum in Huntingdon, England.