Notorious Boston defrocked pedophile priest to be released from prison

Victims and their families are furious that a notorious abuser now walks the streets again. 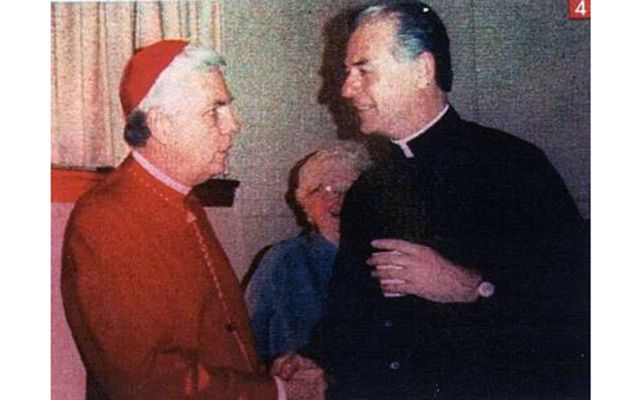 This week, after more than a decade of incarceration, an elderly former clergyman will leave Old Colony Correctional Center in Bridgewater, Mass. for the last time.

87-year-old Paul Shanley is now a free man, but despite having spent twelve years behind bars his victims believe he has not been punished enough.

One victim, John Harris now aged 59, told the New York Times that the ex-priest was “a sexual predator plus”.

As a 21-year-old man struggling with his sexuality, Harris had been referred to Shanley for help.

“He raped me, under the pretense of helping me,” Harris said.

Since then he had trust issues and battled alcoholism and depression that often hospitalized him.

Other victims are equally unhappy that their abuser now walks free.

“If anyone ever fit the profile of a dangerous sexual predator, it is Paul Shanley,” Paula Ford, whose son, Gregory, says he was abused by him.

Shanley was one of the first priests to go to prison for abuse as the scandal began to unfold more than a decade ago https://t.co/CGQNk0ivUv

Her husband, Rodney, was unforgiving and said he hoped people would “harass” the disgraced priest in the streets.

“Shanley was voracious,” attorney Carmen Durso advised. “He would have several sexual encounters a day with different people.”

“These doctors looked at the history of Paul Shanley, and it’s beyond me how they could not have determined he was a sexual predator, pure and simple,” another added. “He hung around the Trailways bus station with other men and picked up wayward children coming off the buses. And now he’s going to be out there in society, unwatched and uncontrolled.”

Prosecutors at his trial had asked the judge to send him to jail for the rest of his life but he was given 12-15 years instead.

Had prison authorities proved he was still a danger to the public, then his release could have been stopped; as it was, psychiatrists evaluated him and said he did not meet the definition of a sexually dangerous person. As such the state had no power to block his release.

Although he will be supervised for ten more years he will not wear an electronic tag, and although he cannot have contact with any children younger than 16 years of age he can otherwise live a normal life.

To the victims, it’s not justice but only the Shanley's own God the Lord Almighty is left to punish him now.