Nóra Quoirin, who suffered from intellectual disabilities, died in the Malaysian jungle in August 2019 after leaving her family's holiday resort. 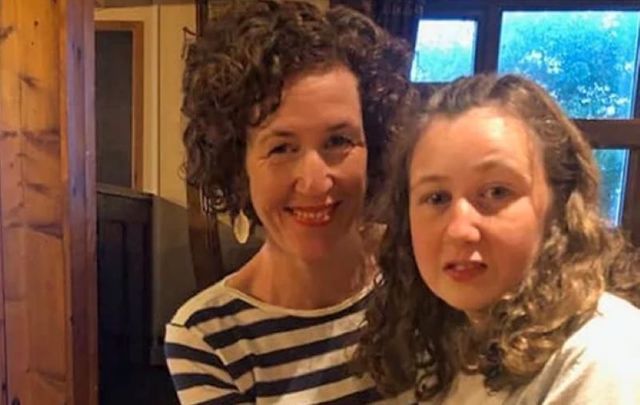 A Malaysian coroner has ruled that Irish teenager Nóra Quoirin died by "misadventure" after she disappeared in the Malaysian jungle during a family holiday in 2019.

The 15-year-old's body was discovered following an extensive search of the jungle next to the Desun holiday resort outside Kuala Lumpar in August 2019.

The teenager suffered from a condition known as holoprosencephaly, where the brain fails to develop normally, and she had limited verbal communication skills as a result.

When her body was found after a nine-day search involving more than 250 people, Malaysian police insisted that there were no signs of foul play, while an autopsy concluded that she had probably starved and died from internal bleeding.

However, her parents have maintained that she was abducted, arguing that she was incapable of climbing out of the window of the chalet where they were staying due to her disability.

Police have concluded that Nóra Quoirin left the chalet by herself, a theory upheld by a recent inquest in Malaysia.

Coroner Maimoonah Aid ruled that the 15-year-old died by misadventure, stating that there was no one involved in her death.

"After hearing all the relevant evidence, I rule that there was no one involved in the death of Nóra Anne," she told a court in the city of Seremban on Monday.

"It is more probable than not that she died by misadventure."

She ruled that the teenager left the family's accommodation in the Desun resort by herself and then got lost in the nearby jungle.

She said that there was no evidence to suggest murder or sexual assault in a two-hour verdict delivered online due to the COVID-19 pandemic.

Maimaoonah noted that Nóra's mother had said that the teenager was capable of climbing stairs by herself, supporting the theory that she wandered out of the chalet on her own.

She said that the family was likely jet-lagged from their journey to Malaysia, noting that Nora's tiredness had noticeably increased.

This made it likely that she wandered out by herself on the family's first night in the resort on August 4, Maimooonah said.

The inquest included the testimony of more than 40 witnesses, who presented evidence between August and December last year.

The Quoirin family said that they were "utterly disappointed" with the coroner's verdict, claiming that Maimoonah had failed to take their daughter's intellectual disability into account.

"We witnessed 80 slides presented to the court today, none of which engaged with who Nóra really was - neither her personality nor her intellectual abilities," the family said in a statement.

"The verdict focused exclusively on physical evidence and physical mobility - which we believe, presents a very incomplete/select theory on how Nóra came  about her death."