My goodness! My Guinness brewery almost blew up!

The entire Guinness Brewery in Dublin came within moments of blowing up, it has been revealed. John Kidd of the ... 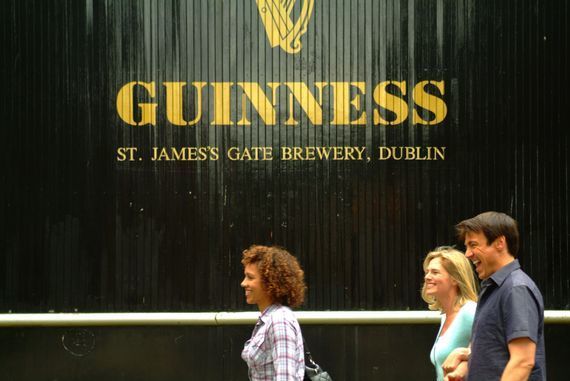 The entire Guinness Brewery in Dublin came within moments of blowing up, it has been revealed. It took 17 fire crews four hours to put out the blaze at the giant Guinness complex in St. James Gate yesterday.

John Kidd of the Fire Service said he could not remember a more-dangerous fire in his time as a fire official.

"We were stretched beyond belief. If anything else had happened in the city, we would not have been able to cover it."

Warehouse controller Noel Doolan said a  major explosion was narrowly avoided as there were unused tanks of flammable substances in the warehouse very near the fire.

He stated  the adjoining building contained all the high pressure gases needed  for the brewing process and there were fears the building could go up."Half the quays would have gone if that had gone up,"he stated referring to the Dublin dockside area beside the brewery

Meanwhile two-stout hearted firemen who risked life and limb to save the brewery were being hailed as heroes .The men are recovering  in hospital after being exposed to toxic ammonia fumes.

The fire at the St James's Gate facility sent huge plumes of thick black smoke into the Dublin sky. More than 200 brewery workers were evacuated.

However, a Guinness spokesman made clear that there will be no shortage of Guinness over the festive holidays.

"I'm sure there will be extra put on tomorrow. There will be no pub left short, so people don't have to worry about it running out."

A spokesperson for Diageo, which owns Guinness, said production had already been restarted .

"Part of the brewery was evacuated, no personnel were injured, and brewing was not affected," he said.

Police and Diageo have begun an investigation into the fire.