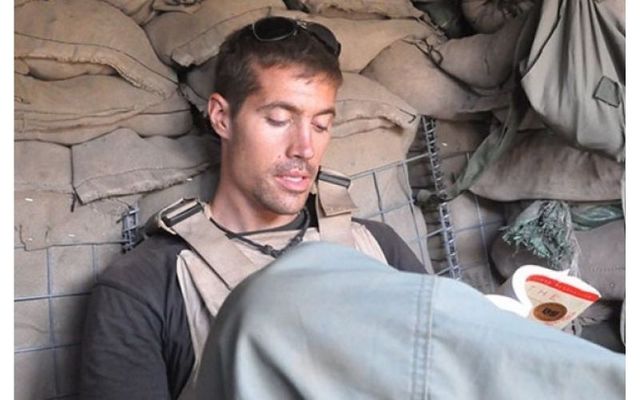 American journalist Jame Foley who was beheaded by ISIS. Medhill School of Journalism

The mother of American journalist James Foley, who was executed by members of the British-born ISIS execution squad nicknamed "The Beatles", has called on one of its members to reveal the location of her son's remains.

Diane Foley came face-to-face with British-born ISIS terrorist Alexanda Amon Kotey in the U.S. Federal District Court in Alexandria, Virginia on Thursday as he pleaded guilty to a number of charges connected to the brutal kidnapping and beheading of four American hostages between 2012 and 2015 in Syria.

Kotey, 37, was one of two British nationals brought to the US last year to face charges connected to the torture and beheading of western hostages in Syria along with fellow British-born extremist El Shafee Elsheikh.

He now faces a minimum life sentence with no chance of parole after US officials assured their UK counterparts that he would not face the death penalty.

"I accept I will be perceived as a radical who holds extremist views," Kotey said in court on Thursday.

He has agreed to cooperate with authorities as part of his plea agreement, the US court was told. He is also required to meet with victims' families upon request.

While the plea deal sets a mandatory sentence of life without parole, Kotey will be eligible to be transferred to the United Kingdom after serving 15 years in the US. As part of the plea deal, he admitted that life is an appropriate sentence in the UK.

Even if he receives a sentence less than life in the UK, Kotey has agreed to be transferred back to the US to serve a life sentence.

The ISIS cell, known as the Beatles due to their British accents, was made up of ringleader Mohammed Emwazi, known as Jihadi John, Aine Davis, El Shafee Elsheikh, and Kotey. The cell was responsible for the deaths of Foley and fellow American journalist Steven Sotloff in addition to the deaths of aid workers Peter Kassig and Kayla Mueller.

Diane Foley urged Kotey to reveal where the four victims' remains are buried and to reveal if any other conspirators remained at large.

"All of us would like to know where the remains of our children are. Also, I would very much like to know if other people are still living who also were involved," she told the Today Programme on BBC Radio 4.

"I think there may well be others who might still be living. I hope he might have some answers for the poor Mueller family to find out about their daughter Kayla, and for John Cantlie, I would just hope part of this bargain is that Kotey would be forthcoming in talking to our government, your government, and any of us who want to speak to him."

Foley said that it was chilling to be in court with Kotey as it was the first time that she had ever been in the same room as the extremist.

Kotey was born in West London but traveled to Syria in 2012 to pledge allegiance to the Islamic State and "engage in a military fight against the Syrian forces of Bashar Assad".

He was arrested while trying to escape from Syria into Turkey in 2018 alongside Shafee Elsheikh, who is also being held in American custody.

Elsheikh is due to stand trial in January and Kotey is not required to testify against him as part of the plea deal.

Mohammed Emwazi, the ringleader of the execution squad, was killed in a US drone strike in Syria in November 2015.

Meanwhile, families of the four victims will have an opportunity to speak at Kotey's sentencing hearing on March 4 next year.

Acting US Attorney for the Eastern District of Virginia Raj Parekh commended the families for their courage throughout the trial proceedings.

"Their resilience, courage, and perseverance have ensured that terror will never have the last word. The justice, fairness, and humanity that this defendant received in the United States stand in stark contrast to the cruelty, inhumanity, and indiscriminate violence touted by the terrorist organization he espoused." Parekh said in a statement to the Associated Press.