The GoFundMe page for Michelle Beck, an Irish mother-of-three battling an aggressive form of breast cancer, is going viral. 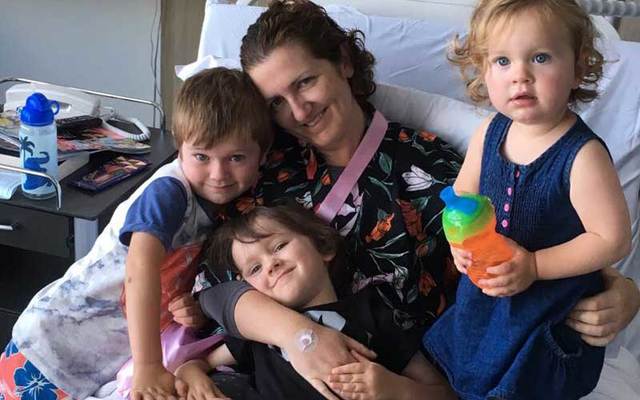 The GoFundMe page for an Irish mother-of-three battling an aggressive form of breast cancer is going viral.

Sligo-native Michelle Beck, who lives in Australia with her husband and three children, discovered a lump in her breast while she was seven months pregnant with her third child, Thea. Due to the pregnancy, her diagnosis had to be delayed. On the day Thea was born, Michelle was diagnosed with triple negative breast cancer.

Read More: Irishwoman who wasn’t told she had cancer on telling her children she is dying

In the two years since the diagnoses, Michelle has had to undergo intensive and exhausting treatment. Due to the aggressiveness of the cancer, she opted for immunotherapy, which is not covered under Australia’s Pharmaceutical Benefits Scheme (PBS) and costs $6,000 every three weeks for a year. She created a GoFundMe Page to raise funds for the cost of the treatment.

Her sister Claire told TheJournal.ie: “She has had two mastectomies each one year apart to remove both breast tissue and nodes, however her chemo treatment is taking its toll and is no longer the best option to prolong her life and help her fight to see her babies grow up and remember her.”

“She set up a GoFundMe page yesterday morning Irish-time and it is performing amazingly with donations flooding in from all corners of the world.”

The page is written from the point of view of her now almost two-year-old daughter Thea. In the video Michelle reads a letter to her little girl, explaining that because Thea was born on the same day she was diagnosed, the “whole thing has been mapped by her life.”

“She never knew any different, she knew me as ‘mam-with-no-hair’ to start with,” reads Michelle.