Megan Keefe sustained life-changing injuries when she fell through a "grossly unsecured" balcony at a bar in Cleveland on March 17, 2017. 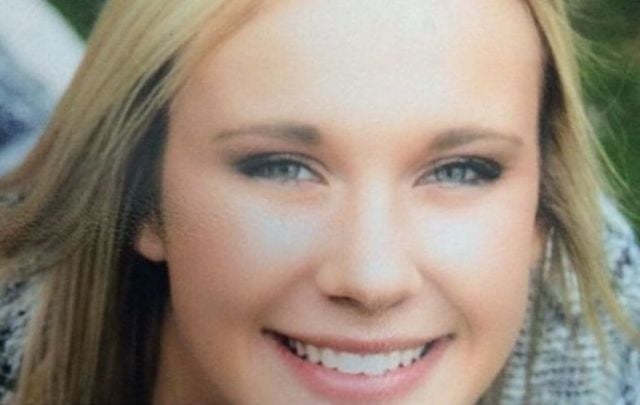 Megan Keefe fell two stories inside of Spirits bar in Cleveland, Ohio on March 17, 2017, leaving her with life-changing injuries.

The family of Megan Keefe has agreed to a $22 million settlement after Keefe sustained life-changing injuries while at Spirits, a pub in Cleveland, Ohio, on St. Patrick's Day 2017.

Keefe and her family had booked a hotel room in Cleveland to attend the city's St. Patrick's Day parade that year. On March 17, 2017, Keefe, 20 years old and a nursing student at the time, and a group of people were on the second floor of Spirits on West 6th Street when she fell through a balcony, hitting her head and landing on the pub’s first floor.

Video obtained by Cleveland.com shows one of the pub’s bouncers dragging Keefe’s limp body out of the bar while someone can be heard saying, “she needs an ambulance.”

Customers who were on the bar’s first floor said that they looked up after Keefe fell and saw a panel in the middle of the railings had swung open directly above where she struck the granite counter and then landed on the floor.

Keefe ultimately suffered a traumatic brain injury and bleeding on her brain. She was intubated, ventilated, and in a prolonged coma. She suffered a stroke and has been diagnosed with a seizure disorder. Anemic, she has required multiple blood transfusions.

Her family, who says they have spent all of their life savings to provide care for Megan, recently moved her out of a nursing home so they could care for her 24 hours a day.

A GoFundMe was launched by Keefe's aunt in 2017 and has raised just under $40,000 to date, with the last donations over a year and a half ago.

In June 2017, Keefe’s family filed a lawsuit against Spirits, the building’s owner WD Downtown, and the property manager Dalad Realty.

Spirits was accused by the family’s lawyers of attempting to cover up the incident. According to Cleveland.com, court documents said that customers present at the bar that day saw bar manager Samir Nakhle go upstairs and fix the swinging panel that Keefe fell through before police arrived.

In the lawsuit, attorney Craig Bashein wrote that Spirits "did nothing" about the railing they knew to be "hazardous" and "dangerous."

Cleveland Fire Department battalion chief Greg Lightcap, who investigated the scene the day of Keefe's tragic fall, testified that the panels on the second-floor balcony gave way to slight pressure and described them as “grossly unsecured.” He ordered Spirits to close that same day.

During the deposition, Bashein asked Lightcap: “And the manager put it [the loose panel] back in place before you could visualize the scene as it existed before Megan was injured?”

The investigation also found that Spirits did not have an occupancy permit at the time of the incident. The bartender who served Megan, who was underage at the time, pleaded no contest and was placed on probation and community service in 2018.