Man arrested in India over rape and murder of Irish women

The body of 28-year-old Donegal woman Danielle McLaughlin was found on a beach in Goa Tuesday morning with serious injuries to her head and face. 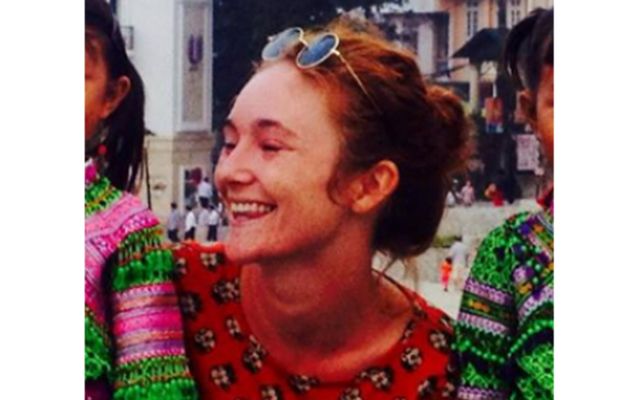 The body of 28-year-old Donegal woman Danielle McLaughlin was found on a beach in Goa Tuesday morning with serious injuries to her head and face. Facebook

Police in India have arrested a 24-year-old man they claim confessed to raping Irish woman Danielle McLaughlin and murdering her to hide his identity.

The body of 28-year-old McLaughlin, originally from Buncrana in Co. Donegal, was discovered by a farmer around 7 am Tuesday morning in a field near Deobag Beach in southern Goa. Police report the Irish woman was found “lying in a pool of blood without clothes and there were injuries on the head and face". Her body has since been sent to Goa Medical College for a post-mortem with police suspecting rape.

Police in Goa today confirmed they had arrested Vias Bhagat after questioning over a dozen others. It is believed Bhagat was seen with McLaughlin earlier in the night as she celebrated Holi in the nearby popular tourist town of Canacona with some Indian friends she met while traveling last year.

Horrific: This is the man who has allegedly murdered 28-yr-old Donegal woman Danielle McLaughlin - https://t.co/hntL77tkZd pic.twitter.com/AcynUEexCW

"We have arrested Bhagat. He has confessed to raping the victim and later killing her in order to hide his identity," Deputy Superintendent of Police Sammy Tavares told reporters from India Today. Police described Bhagat as a thief who had been charged with other crimes in the past.

An experienced traveler who had previously visited India, as well as spending time in Australia, McLaughlin left her native Buncrana for her latest tour in February, having spent previous years living and studying in Liverpool, England. It is reported she was traveling on a British passport although the Irish Embassy in India remains involved.

“It has been confirmed that the woman traveled to India using a British passport, so the local British consulate has the lead responsibility in terms of dealings with the Indian authorities,” said the Irish Department of Foreign Affairs.

“The Irish Embassy is liaising closely with the British authorities and an Irish consular official is traveling from New Delhi to Goa today.”

Mother of Danielle McLaughlin, the Irish woman 'murdered' in Goa, has said she will be "sadly missed" https://t.co/tLZih4He0R pic.twitter.com/sciyF7zC6D

There has been an outpouring of grief for the Donegal woman in her hometown as her family grief her loss so far away from home.

“The people of Buncrana and Inishowen are united in grief with the McLaughlin family at the loss of their daughter and sister,” local senator Pádraig Mac Lochlainn said.

“This is a tragic loss and Danielle is in all of our thoughts and prayers.”

#Breaking Mother of Danielle McLaughlin, who was found dead in a Goa tourist resort, pays tribute to daughter who will be "sadly missed" pic.twitter.com/9yTdvBIrUJ

McLaughlin had arrived in Canacona the previous evening and checked into a hotel before meeting up with some friends.

"We are investigating people with whom she was playing Holi during a party here. Her friend has also given us some leads and we are questioning some suspects,” a police officer told IANS.

"They are a family who have suffered a lot of loss over the last number of years, her mother in particular.

"The loss is immense and the circumstances of that death, the distance between where it happened and where the family are, adds to the difficulty that the family feel at this time."

While Goa remains a popular tourist destination, the area has been blighted with tragedies such as this in recent years. In 2008, he body of 15-year-old British girl Scarlett Keeling was found bruised and semi-beaten on a beach.