Krista Rowan, nee Pauly, was killed on August 29 during a car accident near Dundalk in Co Louth. 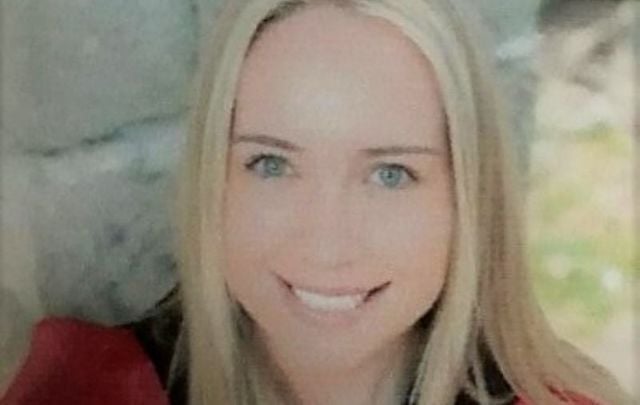 Krista Rowan had settled in Co Sligo in recent years with Eoin Rowan, who she married earlier this summer.

Krista Rowan, a well-traveled native of Canada who settled in Co Sligo with her new husband, Irish man Eoin Rowan, tragically passed away on August 29 following a car accident near Dundalk in Co Louth. Rowan, 31, was pregnant with her and her husband’s first child, a daughter to be named Ree.

“Krista is my lovely and vibrant daughter who has been taken away from us much too early.

"The day Krista was born I felt this indescribable love. One I had never known before. I never knew I could have a love that was so strong.

“Everything she did made me proud.  From her earliest days at home, sleeping soundly through the night, to her last moments here with us, she made me the luckiest mother on Earth."

Krista’s mother shared a link to her daughter’s obituary that was published in The Hamilton Spectator on Saturday, September 5. She called the obituary "a beautiful tribute to my precious daughter and grandchild."

The obituary reads in part: “It is with profound sadness that the family of Krista Ann Rowan (nee Pauly) announces her passing on Saturday, August 29, 2020, at Beaumont Hospital in Ireland at the age of 31.

“Krista was expecting her first child and they were both taken tragically from us due to a car accident. We mourn for both Krista and little Ree. We are heartbroken beyond words.”

The obituary continues: “In her early years, Krista was an accomplished competitive dancer and also loved soccer. Her thirst for life and hunger for knowledge enabled her to excel both academically and personally with every dream she chased. She set goals and relentlessly pursued them.

“After focusing on her education with a degree in Psychology on the Dean's Honor List at Guelph University, she continued her education at Vancouver Island University graduate school and achieved two more degrees - Master of Business Administration and Master of International Business and was awarded 'Top Domestic Student for the MBA Foundation Program'.

“Krista wanted to see the world. She has lived for a period of time in BC, Alberta, Yukon, New Brunswick, Toronto, South Africa, and Ireland. She has also traveled with Eoin to countless places including Namibia, Malta, Dubai, and Turkey, just to name a few.

“The family would like to express their heartfelt thanks and gratitude to all of the ICU doctors, nurses, and a special thank you to the social worker, Sorche O'Keeffe at the Beaumont Hospital in Ireland. In addition, thank you to the Organ Donation team that made it possible for Krista to donate 2 kidneys to save the lives of 2 recipients and bring joy to their families.”

Krista’s family said services were being held in Ireland, and that a Celebration of Life and mass would be held in her native Canada at a later date. The family requested that in memory of Krista and baby Ree, donations to the charity of your choice would be appreciated.

“May the love we feel today shine through our beloved Krista and precious little Ree to us eternally.”

The Sligo Champion notes that Krista and Eoin, who met while they were both living in Toronto, were married just this past July. Boston Scientific, where Krista had been working in the endoscopy division as the clinical sales representative for the Republic of Ireland for the past two years, plans to create an annual sales award in Krista's honor.

The Sligo branch of the Irish Kidney Association paid special tribute to Krista as she was an organ donor: “As family and friends this week mourned the passing of a young Sligo woman, her death brought the chance of a new lease of life to others.

“Krista Rowan died in a car crash last month. During a Celebration of Life ceremony at Markree Castle in Collooney yesterday it was revealed that Krista carried a donor card and her organs were donated.”

As family and friends this week mourned the passing of a young Sligo woman, her death brought the chance of a new lease...