The agreement will allow both parks to collaborate on a number of shared challenges. 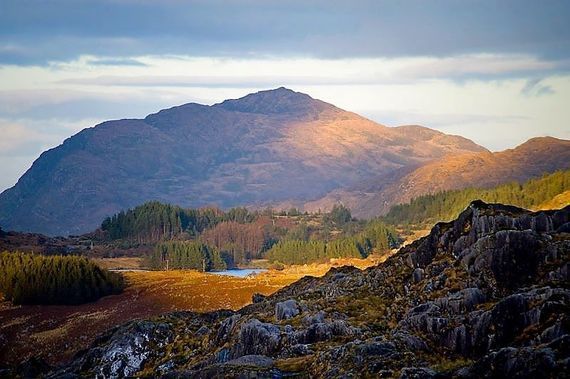 Ireland and the United States have signed an agreement that will pair Killarney National Park with Glacier National Park in Montana.

The agreement will make the two parks "sister parks", allowing the Irish and American national parks services to exchange ideas about how best to manage the amenities.

The two countries will collaborate on a number of issues, including how best to control exotic and invasive species, how to work with the local community, and how best to monitor the parks' ecology.

The two nations' park services will additionally collaborate on how best to manage high visitor numbers at a time when some national parks in the US have become overwhelmed by high levels of foot traffic.

Fianna Fáil, Senator Mark Daly - the Cathaoirleach (presiding officer) of the Seanad - negotiated the deal with the US Department of the Interior and told RTÉ that the agreement strengthened the "enduring friendship" between Ireland and the United States.

"I am delighted that my Department, through the National Parks and Wildlife Service, is entering into a Sister Park arrangement with the US National Park Service by developing best practices and establishing closer links between Killarney National Park and Glacier National Park, Montana," O'Brien told RTÉ in a statement.

Located on the US-Canadian border, Glacier National Park is one of the largest national parks in America and stretches over one million acres (4,100 sq km). The park includes 26 glaciers and 130 named lakes and is surrounded by the Rocky Mountains.

Killarney National Park, on the other hand, was the first national park to be created in the Irish Free State and stretches over 25,000 acres (102 sq km).