Judge told Kieran Creaven thought he was meeting a young girl he’d met online, instead he was confronted by an anti-pedophile vigilante group. 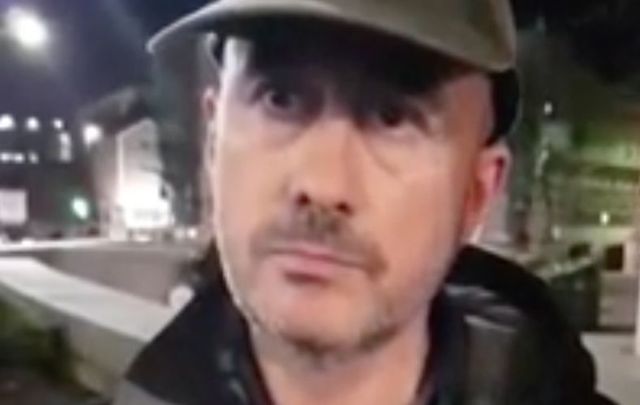 Judge told Kieran Creaven thought he was meeting a 13-year-old girl he’d met online, instead he was confronted by an anti-pedophile vigilante group

Irish journalist Kieran Creaven has appeared in court charged with attempting to meet up with a minor after online grooming and attempting to incite a minor to engage in sexual activity with him.

The 55-year-old works as a senior sports producer with Ireland’s national broadcaster, RTÉ, and traveled over the weekend to Leeds in the north of England where he is facing charges.

Crown Prosecutor Jill Seddon told Magistrate (Judge) Rosemary Heslop that Creaven had thought he was going to meet a 13 year old girl he’d met online; instead he was confronted by an anti-pedophile vigilante group called Predator Exposure who filmed the encounter and posted it on Facebook.

A nervous Creaven is shown telling the men, “Listen, I’ll tell you what it is... Look I don’t have any kids and I wanted to be a father so I was trying to talk to someone…”

The speaker then mocks Creaven who appears close to tears about his high profile job, “You’re not chucking dustbins in the f***ing thing are you?... We have a lot of [followers] in Ireland someone will recognize you.”

He is then shown being led away uncuffed into a police van by a member of West Yorkshire Police after which a member of the group remarks in a satisfied voice, “There we go, another one gone.”

Today we had the opportunity to defend ourselves against @WestYorksPolice https://t.co/PEBRq92I2U

Recently however they conceded they would have to reconsider whether to working with such vigilantes after the BBC revealed that 44% of prosecutions in 2016 for the crime of meeting a child after sexual grooming in England, Wales and Northern Ireland used vigilante evidence - up from 11% in 2011.

Chief Constable Simon Bailey, who works as the national lead for child protection, admitted, “I think [working with them]'s something we're going to have to potentially have to look at, yes, but it comes with some real complexity."

Creaven was granted bail but on condition that he appear at Leeds Crown Court on December 18th, have no contact with a child under the age of 16 (the age of consent in the United Kingdom), continue living at his current home address and supply internet enabled devices to law enforcement upon request.

Despite representations from the press it was agreed that his home address would be withheld from the public domain.

No indication has been given as to how Creaven intends to plead in relation to the charges.

A spokesman for his employers at RTÉ issued a brief statement that, "I can confirm that the individual is suspended until further notice. RTÉ cannot comment further at this time.”