Jillian Hogan was told her 12-year-old son died in a car accident with her brother, only to discover he was still alive. 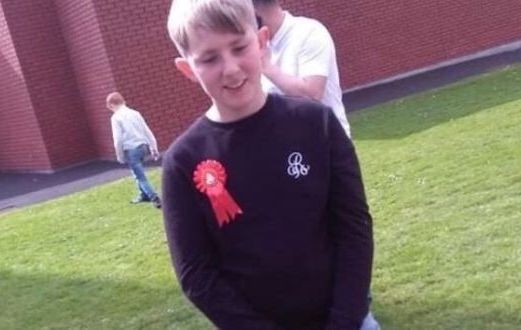 Clare car crash: 12-year-old Jason Hogan was believed to have been killed but he was actually lying in an induced coma in hospital.

A grieving Irish mother was recently shocked to discover that her 12-year-old son was alive, despite being told by police that he died in a car crash.

Jason Hogan from Thomondgate, Limerick, is being treated at St James’s Hospital, Dublin, following the horror crash which occurred on Thursday, September 26. The 12-year-old sustained severe burns in the collision after the car he was traveling in struck a barrier and a wall before being engulfed in flames.

Jason’s uncle Patrick Hogan, 30, died in the crash, as did another man Jonathon Healy, 24.

A fourth man, Adam Carver, is being treated for injuries in University Hospital Limerick.

Gardaí (Irish police) initially believed that it was Jason and his uncle Patrick who died, telling the injured boy’s mother Jillian Hogan that she had lost both her son and brother in the horror crash.

Their mistake was only discovered when the family of deceased Jonathon Healy traveled to the hospital to find Jason Hogan in his bed instead.

“The poor girl was all over the place. She was told her child was dead and the next [thing] she was told he’s alive,” a source close to the Hogan family told the Irish Times.

Gardaí are not commenting on the mistaken identification but it is reported that the severity of the burns on all victims may have played a role.

A GoFundMe has now been set up to help Jason’s family as he battles against his burns in Dublin, away from his home in Limerick.

“With permission from Jason’s mother Jillian, this go fund me page was set up to raise much-needed funds to help her and her family to be at Jason’s bedside as much as possible,” states the fundraising page.

“Jason was badly injured in a horrific car crash leaving him with severe burns making it necessary to have him in hospital in Dublin away from his home in Limerick. Any donations are appreciated.”