Predictions for the New Year 2022

What will happen in 2022? Tom Deignan lists his predictions for the coming year. 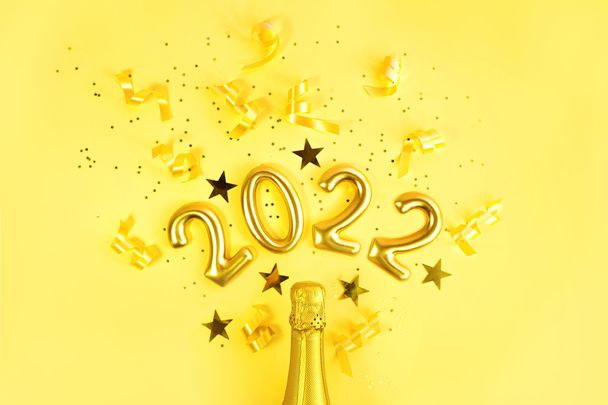 What does 2022 have in store for us? Getty Images

IT’S that time of year again.  Time to look into the crystal ball and see what 2022 has in store for us.  If we make it that long.

JANUARY: In Washington, the investigation into violence at the Capitol on January 6, 2021 is stalled by the spread of a new Covid variant called Amnesiacron. Meanwhile, Irish singing superstar Van Morrison defies authorities and announces a new world tour, at which masks and vaccines are banned, and body surfing is mandatory.

FEBRUARY: The world looks to the dark, depressing new Batman movie to help escape our dark, depressing reality, only to learn shocking news about Irish actor Colin Farrell. For months, buzz has been building about how the sex symbol transformed his face and body to portray dumpy Oswald Cobblepot, the evil Penguin villain. It turns out that after a terrible bout of what one doctor called “really long Covid,” that’s pretty much what Farrell actually looks like now.

MARCH: People across the country make the best of St. Patrick’s Day, even though the virus is still raging. It does not help that yet another strain of Covid has been discovered -- the Leprecon variant. It can be effectively controlled by a fourth and fifth booster shot, blended with massive infusions of green Bud Light. So, naturally, the anti-vax movement grows. Weirdly, one experiment links the music of Van Morrison to acute cases of “really, really long Covid.”

MAY: Warm spring weather brings protests against rising prices and inflation out to the streets. Rage on social media is particularly strong after Apple announces the development of a new app to compete with Twitter and Instagram, available free on its new $1,999 iPhone, which sells out immediately.

AUGUST: Van Morrison’s summer tour is canceled when an audience of thousands is hospitalized before the opening notes of “Brown Eyed Girl” are ever played.

SEPTEMBER: Sporadic outbreaks of violence across the U.S. as unhinged lunatics on social media suggest boycotting items like Apple phones and Nike sneakers and Ford trucks to draw attention to inflation. “Wildly overpriced cool s*** is not the problem. High prices on milk and eggs and gas are the real problem,” one man says, during the 47 minutes it takes to fill up the gas tank of his F-150.

OCTOBER: Yet another Covid variant -- the Great Pumpcon -- is on the verge of ruining yet another Halloween. That is, until Van Morrison reveals that while he was ranting and raving against authorities who refused to let him tour and perform, he was tinkering with a new vaccine that apparently kills all Covid strains once and for all.

NOVEMBER: Hulu announces plans to adapt the new Sally Rooney book Please Don’t Read This Because It Makes No Sense, and Every Character is Ugly, So No One Would Ever Want To Watch a TV Adaptation of This.

DECEMBER: Thanks to the new Moondance vaccine Covid is over, and folks on both sides of the Atlantic celebrate a traditional Christmas. Teams of vigilant scientists are keeping an eye on, for now, unrelated data suggesting the planet’s temperature might be rising, weather might be growing more extreme, and stable democracies might be in peril.

These conspiracy theories are mocked mercilessly on the new $2,999 iPhone.
Happy New Year!