Journey through the joy of match matching, celebrating the spud and more in Ireland

"Come with me down the highways and byways of Clare... I think most of ye will enjoy the journey." 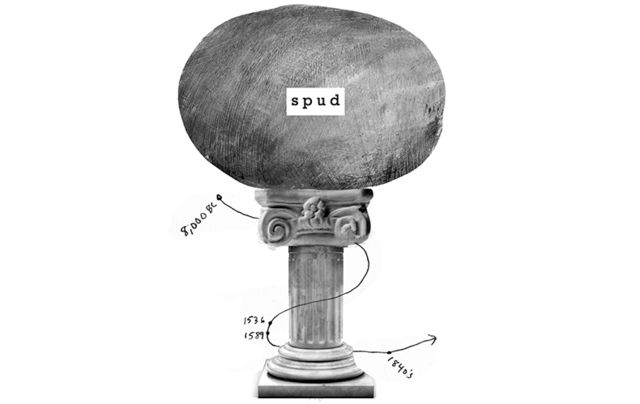 "Would ye believe that it is a day in which the locals celebrate the history of the potato." Caty Bartholomew

Come with me down the highways and byways of Clare on the third Saturday of a merry September with the ritual matchmaking season in full swing, and I think most of ye will enjoy the journey.

It is on my way to Lisdoonvarna (which locals call The Spa) that I reflect again how lucky I am to have come to live for the last 20 years and more in a region so magically different to about all others across the west. It is a bonus this Saturday that the sun is shining brightly, the showers have been scattered away inland, and the old kingdom of Brian Boru is wearing its Sunday best.

Anyway, I have always hugely enjoyed the annual autumnal spree in The Spa.  I've visited the town many times down the years, firstly as a bachelor, later as a widower for a number of seasons, and the craic is always mighty with the dancing, singing and courting which is virtually continuous for the entire month and more.  It's very special indeed.

I drop into the Spa Wells on the edge of the town, and it is like nothing has changed even a wee bit. The crowds are dancing away already to country-style music, the laughter and chatter never stops and, for sure you would think, there will be matches of one kind or another made again before the day is out.

In the old days, when the matchmaking tradition began in the north Clare town, the old matchmakers were necessary because the proposed marriages involved dowries and land inspections and things like that. The marriages later were very successful too, I'm told, because both parties, from the same backgrounds, had realistic expectations of what lay ahead of them down the road of life.

Watching the dancing from the sidelines, quaffing a glass of the spa water for old time's sake, the menfolk look like they always did.  Generally they are clearly countrymen, many farmers, dressed in sports jackets and slacks, many wearing ties, and aged from 30 upwards.

They are skilful dancers, quicksteps and waltzes and jives and clearly enjoying themselves. The ladies dancing with them, again apparently from the same age group, are probably in many cases from Irish cities and towns, rather than rural Ireland, and when the man beside me remarks that the womenfolk at The Spa hunt in packs and always did, then maybe that is a nuanced truth too.  Many of the ladies have the look of confident, poised professionals who would not need the services of any matchmaker in The Spa or anywhere else for that matter.

Speaking of which, as I head down town for a brief tour, much has mutated since the old days. The best known of the matchmakers, the famed Willie Daly, is certainly plying his trade somewhere amidst the merriment but, adapting to the New Ireland, visitors can now also take part in speed dating sessions, and gay folk are warmly welcomed. That, for sure, is a change from the elemental enough mores of a century ago.

I have a quick coffee in the Hydro Hotel where there are no less than three dancing sessions raising the rafters in the early afternoon. The Spa in September is surely well worth a visit.

A tip if you have never been there. The healthy waters at the Spa Wells are heavily tinctured with sulfur and taste foul to me.

However, opposite Curtin's Roadside Tavern in the town center there is a well of spring water with a high iron content and it tastes like a drought from paradise.

Since I am driving and the drunk driving regulations are now very strict indeed in Ireland, I have to reluctantly head homewards across the edge of the mysterious Burren fortified by nothing stronger than coffee and iron water but still feeling great. The Burren, where the grass never stops growing on the limestone crags right throughout the winter, is crowned by the Poulnabrone dolmen, nowadays a major tourist attraction in itself.

We pass through Kilfenora of all the music and folklore on our way back to east Clare. Again there is a strong temptation to stop for a while but, from long experience, I know that a "while" in Kilfenora can last for at least a full day!

So, temptation resisted, the road stretching whitely ahead back towards Brian Boru country, our next stop is the beautifully titled village of Ogonnelloe above Lough Derg. There is a unique celebration here today in Anna Carriga Pavilion, and would ye believe that it is a day in which the locals celebrate the history of the potato, more commonly called spuds around here.

Enjoying a strong bowl of spud and leek soup in good company, I learn that Ogonnelloe was once famed throughout the country for the quality of its spuds. Tons of them were delivered to the Dublin and Limerick markets in the growers' business heyday.

The modern community is reviving interest in the production of good spuds and the project is going well. I buy a bag of them before heading closer to home, knowing in advance, from the flavor of the soup, that they will be, as the locals say, "balls of flour" once cooked.

I had one eye on the clock all day because there was to have been a celebratory gathering of a local writers' group in the Quay Arts Centre in Ballina just across the Shannon from home.  I arrive too late for that because of the stopover for the spuds but, dammit, there was an art exhibition being just opened on the premises by young local artist Ruth Riordan.

I confess to being somewhat visually illiterate but, frankly, I was transfixed inside five minutes by the alchemy which this young lady creates, especially with her paintings of animals and birds. Take time out to check out that work on her website pursuingartyness.ie and you are likely to be as impressed as I was.

I was walking home across the Shannon between Clare and Tipperary after relishing a glass of Ruth's red wine and confess freely that, after such a day, I dropped into Willie Walsh's pub, my local, instead of going straight to bed. And, while there, I strongly advised a local bachelor farmer to head for Lisdoonvarna the next morning. I hear he heeded my advice too.