Ireland's budget 2019 shows that the "relentless squeeze of the working middle-income earners goes on." 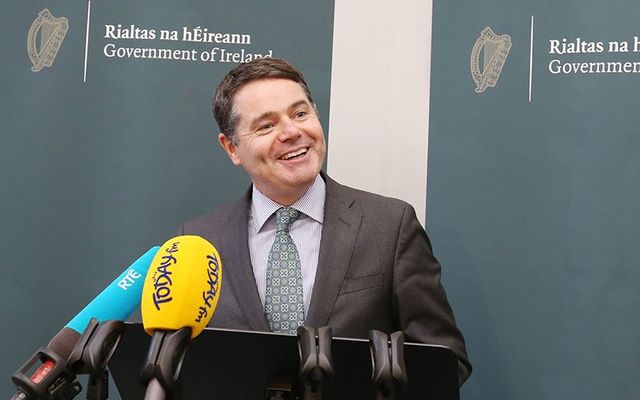 Ireland's budget 2019 shows that the "relentless squeeze of the working middle-income earners goes on."

You will remember all the controversy here early last year when the then minister Leo Varadkar said in one of his speeches that he wanted to look after "the people who get up early in the morning."  He meant the people who go to work and strive to make their own way rather than rely on the state to do everything for them.    Varadkar was referring to the squeezed middle-income earners, the people who pay for everything through our penal taxes but qualify for very little of the free services and supports provided by the state.  They deserve a break, Varadkar said, as he campaigned at the time for the leadership.

This was castigated not only by the poverty industry here but also by Fianna Fail, Labour and the left wing independents as proof that the man who was soon to become our bright young taoiseach was actually a right-wing zealot.  It was an attack on the poor and the jobless who relied on the state because they had no alternative, they claimed.  The chorus of criticism went on for days, despite the fact that most taxpayers agreed with Varadkar and despite the fact that we had a booming economy again and very low unemployment.  The pay for nothing/complain about everything people in our society were furious.   As it turns out, they need not have worried.  The budget for 2019, which was presented to the Dail last week, shows that nothing much has changed.

Despite his promise, under Varadkar we are still a prime example of a high tax and spend country where "the people who get up early in the morning" to work would be better off staying in bed.   Instead of easing the tax burden significantly, the budget made minimal adjustments which will mean that average earners here will see their taxes go down by just three or four euro a week.  Meanwhile, all welfare payments will increase by five euro a week.  The relentless squeeze of the working middle-income earners goes on.   The main issue here is that people on even modest incomes are hit by the highest rate of tax.  Even after this budget the point at which single people will hit the top 40 percent income tax rate is just €35,300 (up €750), and when you add in the other taxes deducted from income it means they will still be paying over 48 percent tax on anything extra they earn.

It's penal and it kills the incentive to work harder.  Even Sweden, renowned for tax and spend, has lower income taxes than us.   The budget was a real let down for that reason alone.  But for many other reasons as well it was disappointing.  Varadkar and his Minister for Finance Paschal Donohoe are good at inspiring speeches, but it seems they're not so good at making fundamental changes.   With the economy booming and close to full employment, this was the year when a significant shift should have been made to ease the tax burden on workers, produce a large budget surplus and begin to tackle our huge national debt.

Doing this, of course, would have required cuts in government spending, or at least greater control to stop spending over-runs.  Instead, the budget brings a massive increase in spending across the board, but mainly in housing and health.   No cutting back was done because it is now clear that what Varadkar and Donohoe were focused on was producing an election budget, giving a little to nearly everyone and causing no pain to anyone.   With the minority government now barely hanging on thanks to the resignation of a minister last week, an election is expected within a few months and possibly even before Christmas.  So making any move towards more responsible state finances was ditched in favor of an attempt to buy their way back into power.

Much was made of the budget for 2019 is balanced, with revenue and spending in alignment, the first time this has been achieved since the crash.  But it is barely balanced and that is dependent on a number of factors, some of which could go badly wrong and throw the figures out of line again, requiring yet more borrowing.  Brexit and President Trump's moves to bring American jobs home (instead of locating them in places like Ireland) are the two main threats.   The responsible approach to this budget would have been an extra cautious one to take these factors into account, particularly because of what a bad Brexit could do to our economy. Instead, Donohoe has stretched what was available almost to snapping point.   And in relation to the big American multi-national companies that are here, he has thrown caution to the wind.   This is the most glaring example of how irresponsible this budget is.  Because of our low corporation tax regime we get a huge amount of revenue from the big foreign companies here, most of which are American.

This has doubled in recent years and now amounts to more than one-tenth of the TOTAL tax revenue we take in each year from all sources.  So if Trump's efforts to get these companies to invest at home rather than abroad in the future works, it could play havoc with revenue here.   One of the big problems Donohoe faced in recent weeks was the emergence of a massive over-run in this year's spending in health.  This was solved miraculously when someone discovered that an extra billion euro in corporation tax had fallen down the back of a sofa in the Department of Finance and could be used to plug the gap.

At the same time Donohoe announced that the budget would increase spending in Health next year by over a billion, so this year's over-run has been normalized.   Paying for current spending like this health over-run from an unexpected corporation tax windfall that is unlikely to recur is completely bonkers, of course.  The money behind the sofa was reported to be the result of an accounting adjustment by a single U.S. company here (unnamed).

That's not going to happen again, so how we are going to pay for the higher health spending that has now been accepted in the future is unknown.   Inflating state spending based on revenue that cannot be relied on in the longer term is precisely the mistake we made in the last boom.  Back then massive spending on all kinds of services and welfare was financed by taxes on property which then vanished when the market collapsed.

The golden rule is that you don't pay for current spending with unreliable taxes that may not be available in future years.  Yet that is precisely what this budget is doing.   The Brexit threat is even more alarming.  Crossing our fingers and hoping that everything will be all right in the end is not a policy, but that is what we seem to be doing.

If we were really taking the threat seriously this budget would have trimmed back state spending now to be ready in case Brexit turns out badly -- and looking at what is going on this week that is now a real possibility.

One aspect of this Budget that epitomized its cowardice was the failure to increase carbon taxes, something we are committed to doing under EU agreements on fighting climate change.  Increasing the tax on diesel should have been an easy sell, given the new concerns about diesel fumes and health.

Yet nothing was done, presumably because a lot of voters have diesel cars, trucks and tractors, even though it will make it harder to catch up on carbon targets and avoid massive EU fines in the next few years.  Overall, as we said, this budget was a disappointment, not least because of what Varadkar has promised in the past.  Under the agreement with Fianna Fail to keep the minority government in place, there is supposed to be a two to one split between spending and tax cuts in whatever revenue is available.

In the past, before he became taoiseach, Varadkar said he would like to see this reversed in favor of tax cuts.  In fact in this budget the proportion is at least ten to one in favor of spending.  So much for Leo being a right wing leader!