A Bangladeshi man has opened what he claims is the first Islamic clothing store in the country on Henry Street. 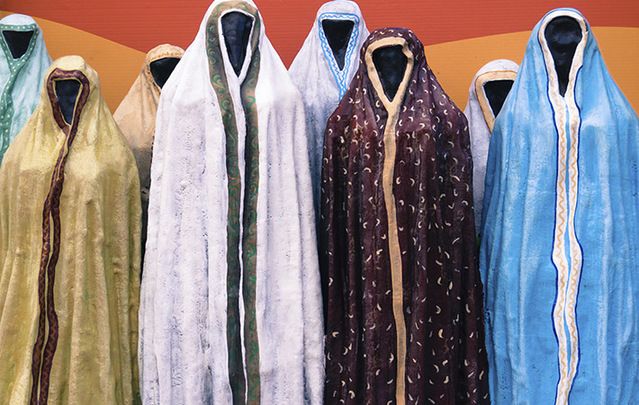 A Bangladeshi man has opened what he claims is the first Islamic clothing store in the country on Henry Street. iStock

As Limerick’s Muslim population continues to rise, a Bangladeshi man has opened what he claims is the first Islamic clothing store in the country on Henry Street.

Foysal Khan, a research assistant in the areas of physics and energy in the University of Limerick, opened the store, Al Hayaa, meaning modesty, to cater for the growing Muslim population in the mid-west.

It is estimated that there are now more than 2,000 Muslims living in Limerick, among some 49,000 nationally, with four mosques locally.

“In Dublin you have some stores with food and clothing for Muslim people, but not entirely for Muslims. At the moment we have no competition, but we want to offer quality clothes at a reasonable and generous price,” Khan said.

Khan, who moved to Limerick eight years ago to begin his studies, said he has largely found Limerick to be “warm, welcoming and friendly.” However, he said he has been called a “terrorist” on the streets of the city, particularly coinciding with the terrorist attacks in Paris last November and January. He said he would love to see more interactions between the different communities to end misconceptions surrounding Islam.

Khan’s wife manages the shop while he works in the university, or while he answers the call to prayer – five times a day at the nearby mosque in Henry Street. She has her own room in the shop to pray, while it is predominantly men who attend the mosque.

Mrs. Khan said they were inspired to establish the business as they couldn’t find a good selection of clothes suitable for them in Ireland.

“I would have to call my mother in Pakistan to send me clothes, or find something online, but they are more expensive,” she explained.

“We have a lot of Irish people coming in here now. They are curious, and have admired our pashminas walking past. The response has been very good and we are very happy with it. We miss our families, but we have our community here,” she said.