GAA: Hurling is king with Tipp on top!

The decade of hurling ended as it began, with Liam Sheedy out-thinking the brilliant Brian Cody on the sideline and Tipperary having far too much hunger for Kilkenny out on the field. 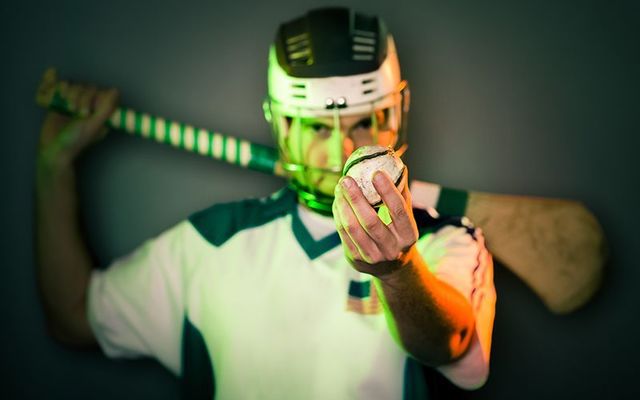 The decade of hurling ended as it began, with Liam Sheedy out-thinking the brilliant Brian Cody on the sideline and Tipperary having far too much hunger for Kilkenny out on the field.

The 2019 final was close to a washout by the middle of the second half. The game would end with the Cats on the receiving end of the biggest thumping handed out by any team in the 10 years but, definitely, it was a decade in which the oldest game of all in this land scaled electrifying heights never thought possible.

Hurling is King in Ireland. No other sport can lay a hand on that crown, though rugby did breathe down the back of its neck on occasion.

Declan Kidney and Joe Schmidt, however, came up short against Brian Cody and Liam Sheedy, Michael Ryan, Davy Fitzgerald, Michael Donoghue, and John Kiely, the six men who shared the Liam MacCarthy Cup between them.

Cody, of course, had it in those great paws of his four times. Sheedy twice, the others just the once.

But, all together, there was a great bundle of men who have contributed to hurling’s rise – Galway’s cool tactician Anthony Cunningham, Cork legend Jimmy Barry Murphy and Waterford’s small bundle of amazing energy Derek McGrath. All three men lost finals during the course of the decade.

But with those nine incredible managers at work, what hope had rugby of ever getting its neck in front of the public imagination?

Because of those nine men, Gaelic football has been left trailing a distant third.
Dublin’s magnificence under Jim Gavin has not been enough. In fact, the dominance of the Dubs has left football ensconced in the weary department.

Dublin on September 1 seems certain to close off the decade with a seventh All-Ireland win, which makes the single efforts of Conor Counihan for Cork, Jim McGuinness for Donegal and Eamonn Fitzmaurice for Kerry not much more than an afterthought.So, it’s hurling, rugby, Gaelic football and soccer in that very easy order, and the only really difficult question left standing is who was the greatest hurling team of this last decade?

The title count has Kilkenny edging Tipp 4-3. The count also has Kilkenny losing three finals to Tipp, and Tipp losing two finals to Kilkenny. We’re looking at a race between two thoroughbred teams that was neck and neck.

But, I’m thinking Tipperary. Yeah, I’m saying Tipp were the number one team of the most remarkable and memorable decade for the game, a decade when the game evolved when it became far smarter and much savvier tactically.

When the game finally ended up as the perfect chess match of unbelievable brawn and still the most silken skill, and with the likes of Cody and Sheedy moving their pieces with greater calculation than ever before.

A couple of good reasons, actually. For starters, they had more men who lasted the course of the decade.

Seamie Callanan, Padraic Maher, and Brendan Maher, and Noel McGrath and Patrick “Bonner” Maher were there in 2010, again in 2016, and there still (if looking on in the case of the injured Bonner) last Sunday in Croke Park.

Only TJ Reid – who opened and closed the decade, unfortunately, as a losing Kilkenny captain to Tipperary – was on the Kilkenny team that was stopped in its tracks by Tipperary in the 2010 final and deprived of winning a glorious five-in-a-row.

Because those three legends of the game fought it our longer and harder than anyone else, I’m giving Tipp my vote.

But there is another reason! A better reason.

Tipp only won three All-Irelands, but they won all three against Kilkenny. That is an achievement beyond measure for any hurler.

Furthermore, not only did Tipp have the strength of character to face down their biggest and toughest of neighbors three times, they did so with a deadly intent when it mattered most.

In 2010, when Reid leveled it for Kilkenny straight after halftime, Tipp came back swinging, and swinging! They hit goals from Lar Corbett and Noel McGrath, and a Eoin Kelly point, to ease out in front until they signed off the victory by a decisive eight-point margin.

That game in 2010 was quite like the 2019 final, when Tipp also came charging into the game in the second half and had 1-1 each from captain Seamie Callanan and John “Bubbles” O’Dwyer. This time Tipp won by 14 points.

In 2016, Tipp beat Kilkenny by nine points – that, ladies and gentlemen, is a 31-point winning margin in three games over the most feared opponent of all time.
In the two finals, Tipp lost to Kilkenny (2011 and the replay in 2014) the combined losing margin was seven points.

You can still tell me that Kilkenny hold a 4-3 lead over Tipp on the count of All-Ireland’s win. You can…and I’ll only get right back at you and suggest, quite strongly, that two of those Kilkenny wins (in 2012 after a replay and 2015) were against a Galway team that was half-petrified of going for the jugular of Cody’s team.
As I’ve said, it was a close-run thing over the last 10 years, and there is no great shame in Kilkenny coming in second. Of course, second to Tipperary, of all teams, is something that especially hurts Kilkenny folk.

They have always felt, in their bones, that Tipp DNA is slightly inferior quality. They have also enjoyed beating Tipp more than any other county.

Five points in front last Sunday, and with Tipp fumbling in their decision making in their own defense, Kilkenny were in charge. The loss of Richie Hogan to a red card that was disputed but 100 percent earned, should not have unsettled them as it did. The sending off and the collapse in the face of Tipperary’s massive intent thereafter, in fact, showed that Kilkenny’s confidence from the very start was paper-thin.

Did they know they were up against a far better team? Looked like it.
Hail hurling.