Drones to aid Ireland’s war on illegal fishing and pollution

The use of drones by Ireland's Naval Service is set to be stepped up in a bid to clamp down on drug smugglers. 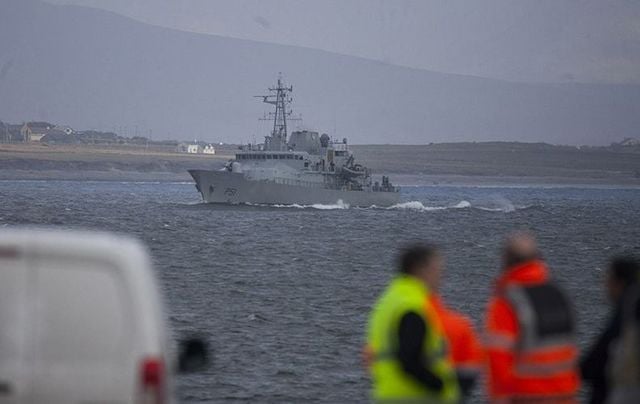 The Irish Naval Service plans to use drones to crack down on drug smuggling. RollingNews

The use of drones by Ireland's Naval Service is set to be stepped up in a bid to clamp down on illegal fishing and pollution offenses at sea.

Remotely operated pilot air systems have been identified by naval chiefs as essential for obtaining intelligence and keeping a check on Ireland's vast marine territory.

Sources also said naval operations tasked with gathering video evidence of illegal fishing and pollution offenses at sea as ones which would benefit from advanced drone technology.

The growing support for expanding the usage of drones on maritime missions follows the success of a pilot trial in the Mediterranean last year which saw the LE Eithne become the first naval vessel to use drone technology during its deployment on humanitarian rescue operations.

The missions, part of the EU-led Operation Sophia, trialed the Phantom 4 PRO, drones which can stay airborne for 35 minutes and which have a maximum range of eight kilometers.

But the Naval Service said it hopes to utilize even more advanced technology in the future, which has been specially designed for their missions.

In an interview with Signal magazine, Lieutenant Commander Phil Watson, who was in charge of operating the drones aboard LE Eithne last year, said, "Although we are all Naval Service professionals, the fact is that every time you put a boat in the water with a crew there is a degree of inherent risk involved.

"On Operation Sophia, where this technology was piloted, our crews frequently encounter very poor vessels, with very distressed people on board.  This can lead to tense situations.

"For instance, if we need to return to the ship to get more equipment, those in the vessel can think we're abandoning them and panic.  It's vital to keep the situation as calm as possible, so with a drone, we can fly it down close to the vessel and do a head count of how many people we are dealing with.  It gives us access to more information and enables us to prioritize our response."

And looking ahead to its future use in the navy, he identified naval operations "such as observing potential drugs or contraband smuggling, pollution offenses and illegal fishing" as those which would most benefit from the usage of drones.

Watson added, "When you consider the scale of the territory which the Naval Service has to patrol, which is 10 times greater than Ireland's land mass in size, it makes sense to utilize whatever technology we can in order to gain an operational edge in terms of our outputs and the intelligence and information we can gather.

"We are constantly aware of constraints relating to cost, but more importantly we are constantly seeking ways to enhance our outputs as an organization.  I think that this is a good example of doing both and I look forward to seeing it develop more within the service and indeed within the Defence Forces as a whole."