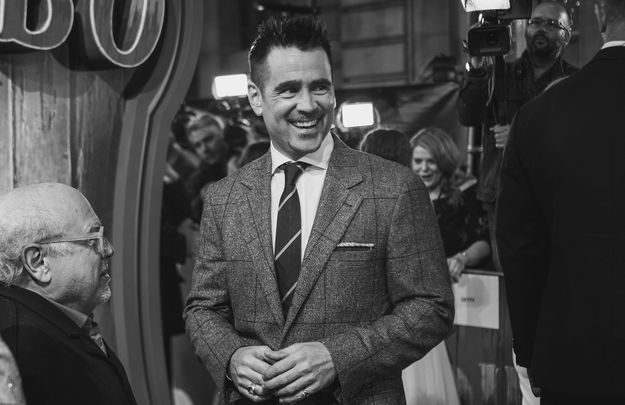 Colin Farrell at the premiere of Dumbo. Getty

Anyone looking for a cozy home tucked into a pocket of the Hollywood Hills? If so Colin Farrell’s got just what you need!

Read more: Colin Farrell! Things you need to know about the Irish actor

The Dublin-born star is selling the 2,700-square-foot property that he purchased in a trust with his former girlfriend, Polish actress Alicja Bachleda-Curus – mom to his 10-year-son Henry –in 2010. The purchase price was $1.18 million and the asking price now is $1.49 million, so Colin stands to make a tidy profit if he gets what he’s looking for.

Actor Colin Farrell is ready to part with his charming cottage-like home in the Hollywood Hills, listing it last week for $1.49 million, listing records show.https://t.co/vogoKHL8eR

The home, constructed in the 1920s, is a decent size, with four bedrooms and three bathrooms spread over 2,700 square feet. There are patios and lush landscaping and a white painted brick fireplace in the master bedroom, but the small kitchen, judging from the pix, looks like it could use some love.

The listing further adds, “Garden pathways wind around the 1920s haunt, which draws the eye with a half-timbered exterior. Inside, leaded windows and coved ceilings keep things interesting across three stories of common spaces.”

Colin is hardly leaving LA once the sale goes through. He’s got another property in the Los Feliz neighborhood that’s presumably his primary residence.