April is full of joy, with gossamer slippers and a trusting smile

"The cold winter is gone away and there is magic and hope everywhere across the whole island." 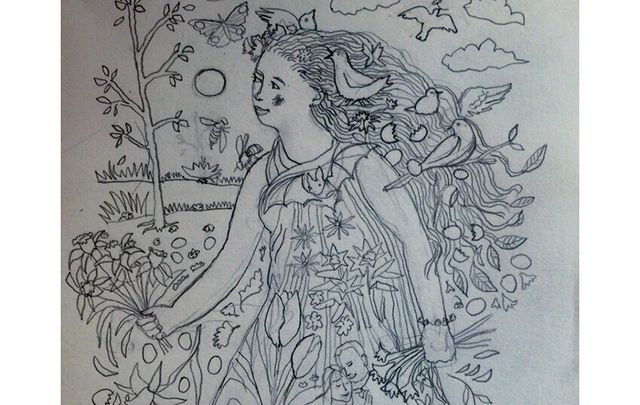 Lovely young April has arrived in the west of Ireland, gliding along in her green gossamer slippers behind the widest and most trusting of smiles and, suddenly, the cold winter is gone away and there is magic and hope everywhere across the whole island but especially in the west.

That is because the Atlantic coast suffers more than the rest of the country during our winters. We catch the sharpest edges of the storms. We feel the heaviest rains as the dark clouds empty themselves down on top of us after their bloated bellies have been cut upon by our mountain peaks.

I always think of months like November and January as being male, macho and aggressive. And I have always loved what April brings. Surely she is like a young girl.

My thinking on this one is pleasantly tinctured, for sure, by the memory of a young girl named April I met on a night out in our seaside resort of Bundoran in Donegal when I was 17.  She was from Glasgow, was this April, was exactly my age, and we met at a ceili dance in St. Patrick's hall in the resort.

We danced all the old dances like the Maid of Ennis and I walked her home afterwards to the boarding house where her family was staying. We took the long way home by the whispering strand and held hands and kissed and chatted, and it was all so very innocent and young. Aptly she told me she was an apprentice florist in Glasgow City and hoped to someday open her own shop.

Sadly her family were returning home the following morning and I never saw her again after kissing her goodbye at the boarding house door.  She had lovely green eyes too.

She would be a grandmother now, as I am a grandfather, and I hope she achieved her ambition and opened her own flower shop. She crosses my mind gently every year when April arrives again.

And she is a special month altogether along the Atlantic coast from Donegal to Kerry.  Suddenly the days are infinitely brighter and longer too because we adjust our clocks to mark her arrival.

We have the prime scenery in all of Ireland, from lofty Errigal past the Cliffs of Moher to the Lakes of Killarney, and she garnishes all of them with her light. In Connemara, where I dwelt for many years and where two of my sons still abide, it was somehow spiritual each April to see the April sunbeams sweeping over the peaks of the Twelve Pins that had often been snow capped during the winter and waking them up for the new season.

Suddenly too, in global terms, the threat posed to us at least in the back of our heads by Donald Trump and the likes of Kim Jong Un of crazy North Korea seem much further removed from our realities and hopes. Suddenly the economic threat posed to us by Brexit seems less of a problem and much more soluble in all its dimensions, including the return of any kind of "hard" border between north and south. Our own political mayhem seems more like an internalized dogfight between politicians in Leinster House and will resolve itself in its own good time.

Some kind of commonsense will prevail is what you tend to believe when April is beaming down her trust from high above. God bless her for that.

Even the local news of April here in Clare is drenched with hope.  I was in the small town of Mountshannon near us here in Killaloe yesterday and the locals are agog with excitement because Clare County Council, the local authority, has announced details of a major new tourism and cultural development for enchanting old Holy Island, a very ancient monastic site just offshore in Lough Derg.

The council, fair play to them, bought Holy Island two years ago and propose to spend three or four million euros to develop the area as a major attraction. There is good thinking and foresight involved in the plan too, with major local involvement in all aspects of a project which it is hoped will attract tens of thousands of tourists annually to a small town which suffers somewhat by being a little bit off the main tourist track.

Further good thinking, of a type not always associated with our local authorities, is that the plan is to develop a modern visitor center on the mainland so as to totally preserve the monastic integrity of Holy Island.  It, incidentally, is still the burial ground for a significant number of long-established local families. I hope that, when the project is completed, they will have a major opening ceremony on some April morning.

An hour ago, before writing this piece, I took our smallest dog Pepper for a stroll across the bridge linking Clare and Tipperary. The atmosphere everywhere was special and sun-drenched. All the people we met on the bridge had smiles painted on their faces, and their dogs were holding their tails at least as high as Pepper was.

I encountered a man I know and whilst our dogs were amiably getting together around our ankles, we leaned on the parapet over the river and talked about the weather and the impact which April always has when she arrives on the scene. Did I know, he asked, that one of the best things about April is that she wakens up the Seven Sleepers from their winter hibernation?

I'd forgotten that, but then the old saying came back about the Seven Sleepers: "The bee, the bat, the butterfly, the cuckoo and the swallow/The corncrake and the weather beat and all the rest will follow.”

As we spoke April happily flung a few rays of sungold across the silvery back of the Shannon below us as the great river, taking her time and not being rushed by floods, ambled gently down towards the waiting Atlantic, an icon of beauty and peace. And a bumblebee flew past my nose as we and our dogs parted company. One of the Seven Sleepers already foraging in Tipperary for the sweet honey of autumn for sure.

I was a happy man hearing and seeing that.