Tributes are flooding in for 49-year-old Clare native Brian O’Callaghan-Westropp as his mother Rosemarie travels to Greece to bring his body back to Ireland. She had already tragically lost her only other son in a motorcycle accident. 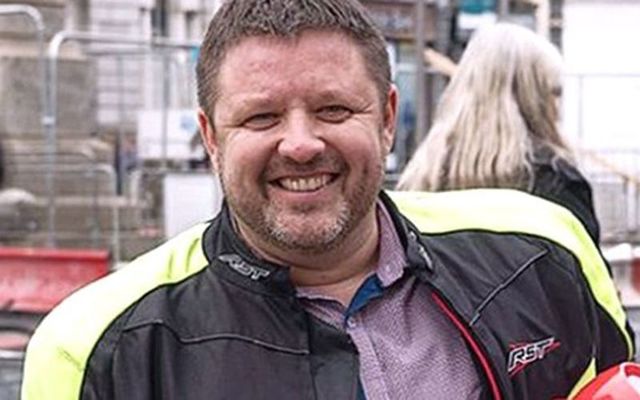 Brian O’Callaghan-Westropp’s mother mourns the loss of her second son in the Greek fires, 20 years after she tragically lost her other son to a motorcycle accident when he was still in his 20s.

The mother of Brian O’Callaghan-Westropp, the Irishman confirmed on Wednesday as a casualty in the wildfires raging through Greece, traveled on Wednesday night to attempt to repatriate his body. The 49-year-old died on Tuesday after being separated from his new wife as they fled the raging inferno in the popular Greek tourist town of Mati, where the worst fires in over a decade have claimed the lives of 81 people and injured 187 other.

Brian O’Callaghan-Westropp and Zoe Holohan were married in Ireland just last Thursday and it is believed that they became separated as they fled in the vehicle they had been traveling in. His family confirmed his death on Wednesday afternoon as Holohan recovers in hospital with burns to her head and hands.

The heartbroken family of Brian O’Callaghan-Westropp confirmed in a statement that he has died. The newlyweds were on honeymoon in Greece and became caught up in wildfires sweeping the country. His wife, Zoe is recovering from burn injuries in hospital. pic.twitter.com/c7hTJpYI8C

O’Callaghan-Westropp has been praised by his colleagues for his charity work, describing him as a “selfless man,” volunteering for over a year with Blood Bikes East, a charity which transports medicines and other supplies between hospitals in the Dublin region.

“RIP Brian O’Callaghan-Westropp. We are beyond devastated at the confirmation that the fires in Greece took Brian from us,” the groups said in a Facebook post on Wednesday night.

“A diligent colleague and dear friend, we will miss Brian’s huge personality and infectious smile.

Brian O'Callaghan-Westropp, who died in Mati, had only married last Thursday pic.twitter.com/tcjhWrTZBW

“His no-nonsense, can-do approach to the work of volunteering meant that he helped BBE to become the professional organization we are today.

“Despite it being a year and three months as a BBE Volunteer, it feels like he was involved for so much longer, and his influence will last for decades to come.

“Thank you, Brian, for everything, you leave us bereft but better for having known you!

“Rest in peace now our friend, your work is done.”

We are beyond devastated at the confirmation that the fires in Greece took Brian from us.A diligent colleague and dear friend, we will miss Brian's huge personality and infectious smile. #ForeverBBE #RidersForLife #BloodBikes pic.twitter.com/WD21YbrINd

His family is now mourning the loss of both brothers at a young age, O’Callaghan-Westropp having lost his only brother in 1997 to a motorbike accident.

"They'd only two boys in the family and Rosemarie (their mother) who lived in Killaloe (Co Clare),” Fr Shay Casey, a family friend and chaplain at Athlone IT told RTÉ’s Morning Ireland.

"Rosemarie is his mum and she is well used to tragedy, her husband died when the boys were quite young and she brought them up very well.

"They were lovely lads, very caring, and they were lads, great fun.

"Colin was tragically killed as well, in a motorbike accident coming back up to the house here in March 1997.

"And I've got to know the whole family, I knew them before that as Colin was living here and he used to stay with my family a lot.

"We are beyond devastated" - A fundraising page has been set up for the family of Irish man Brian O'Callaghan-Westropp killed in the Greek wildfires: https://t.co/xmJSwjIbgA pic.twitter.com/8Yf1ZKvSPK

“All the family were terribly outgoing and full of life, enthusiastic for life and really took it by the scruff of the neck.

"They done (sic) everything with a full heart and just got on with it and saw the needs of the people around them.

"Definitely, if he saw someone in need, he wouldn't be slow to help them,” Fr Casey added.

"A generous soul, that's just how they were reared, that's the way Rosemarie would've wanted them to be."