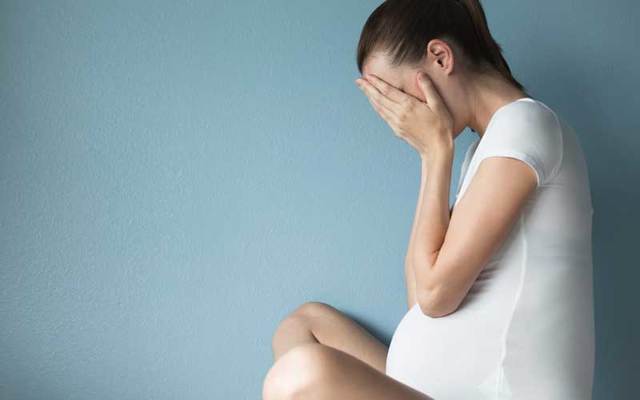 Amy was 16 when she became pregnant. At the time, her mother had issued with alcohol and dependency, and Amy was effectively in care.

“I was living in a B&B — it wasn’t a place for a teenager. I was still a child," she told the Daily Mail.

She says the pregnancy wasn’t an accident. For her, it was a chance to a new start.

“I wanted a baby. I wanted someone to love and who would love me. I loved my boyfriend. I wanted us to be a family.”

Although her family and her boyfriend’s family were shocked about the news, they were supportive.

Amy had her 12-week scan on her 17th birthday. Tragically the scan showed that the baby had anencephaly, a fatal abnormality which means the brain does not develop and the child would die soon after birth.

“I was in shock. To me it wasn’t English. I had no idea what he was talking about. I panicked and ran off down the road, to where my mum was waiting.”

Anne said she had never considered an abortion before. “At the time, I would have said I was pro-life, although I’d never even heard that term.”

At home she Googled anencephaly. She was not prepared for the horrific pictures she saw.

“I remember thinking 'I don’t want her in there. I can’t do this.' It felt like I had an alien in my belly.”

Although abortion was illegal in Ireland, everyone knew women could travel to England for the procedure.

Amy made the mistake of telling her social workers she was pregnant and wanted to arrange an abortion.

“It was the one time I tried to do things the right way. I genuinely thought they would help. But instead all their Catholic views came out. They were horrified.”

“The chief social worker, a man, told me I’d have to have the baby, and if I tried to go to England, I’d be arrested for murder, and anyone who helped me would be an accomplice. I could go to jail.”

“Now I know that was ridiculous, crazy, but at the time I was petrified. It wasn’t like a selfish thing — like I’d got pregnant then changed my mind. The baby wasn’t going to survive. But I was treated like a criminal.

“We discovered later that the social worker had rung the guards (Irish police) and tried to get them to stop me going. The guards said they couldn’t do that. The passport office said they couldn’t get involved, but the fact they were asked shows how determined Social Services were to stop me. It was cruel. It was wrong.”

One sympathetic social worker advised Amy and her mother to get a lawyer. 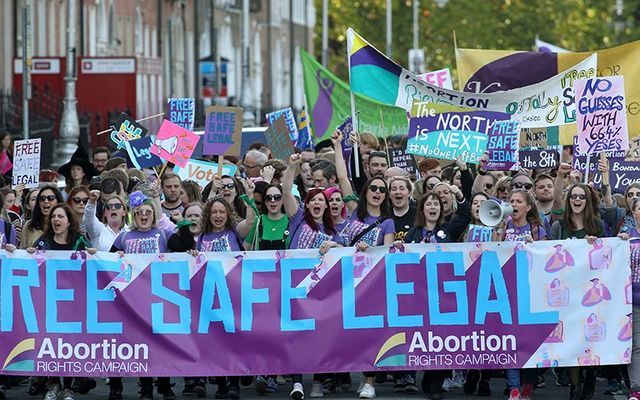 “I called and explained what was happening. Then suddenly, I was in the High Court. It all happened so fast.”

Her lawyers challenged the right of the local authority to stop her traveling to the UK for an abortion. The legal challenge was timely as Ireland’s abortion laws were already under scrutiny.

Amy found herself at the center of a legal storm.

“There were hundreds of people. Lawyers in wigs and gowns, journalists, people off the street — it was open court. They couldn’t report my name, but everyone saw me. There were protesters outside. All I saw were people with banners saying ‘Murderer.’ One man tried to pray over me, as he was calling me a murderer. People were shouting about Satan.”

The government’s defense team argued Amy was not fit to make decisions about her life or her unborn child.

“They were determined to prove I was mad, suicidal.”

The case continued for three weeks. The court was in Amy’s favor. The judge condemned her treatment and said she could travel to the UK for an abortion.

A few days later, Amy, who was now 20 weeks pregnant, was in a Liverpool hospital.

However, she did not have an abortion.

“Even before the verdict I knew I couldn’t go through with that. I’d Googled it, and watched a video. At the stage my pregnancy was at, it would have involved having the baby yanked out of me with forceps. What I saw horrified me.”

Amy decided on an induced birth which would involve going through labor and delivering the child, who would die shortly afterwards.

Before the induction, scans showed that the baby was already dead.

“There was no heartbeat, but I was about to go into labour, so they didn’t tell me. They knew it would distress me. They told my mum, but kept it from me.”

“When she was born I don’t remember anything more than being so tired. I went to sleep. Later they told me she’d died inside me. They were very good. They took her fingerprints and footprints, which I am so grateful for, because they are all I have.”

Back home in Ireland, Amy said that even though she hadn’t been identified in the court case “everyone knew, or at least knew a part of the story.”

While some neighbors openly supported her, she felt others “still judged.”

Amy, who is now 30 and works as a promotional model, has a 12-year-old son named Adam. She became pregnant with him just two months after losing her first baby.

As the movement for abortion reform gathered steam, Amy shared her story publicly. She was floored by the response.

“People would come up to me in the street — women, men; couples — telling me their stories.”

Going public did attract some harassment on her social media accounts, and she had to have charges brought against a man who allegedly broke into her home and harassed her.

“Things have been more difficult for me than they would have been, had I just stayed under the radar. But I still don’t regret speaking out, because women of my generation have to, to protect the ones coming behind us.”

Amy said she supported the campaign to repeal the 8th Amendment of the Constitution, allowing abortion in certain circumstances.  However, she insists she is by no means pro-abortion. “I still struggle with it. But I am pro-choice. No one makes these decisions lightly, and you have to live with the decision for the rest of your life.”

Abortion became legal in the Republic of Ireland on January 1, 2019.