Eddie Hobbs made his name campaigning for consumer rights, but his tenants have no heating this winter. 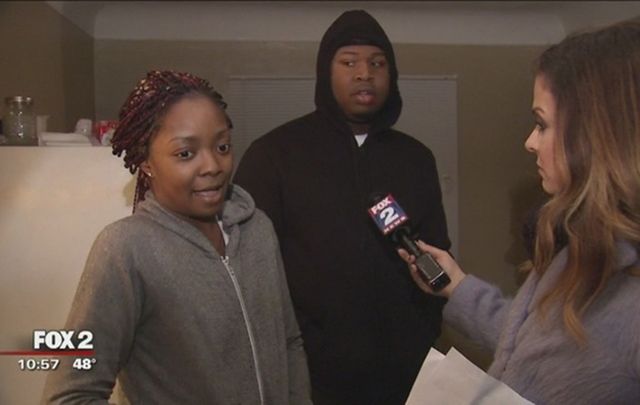 Tenants left without heat in Detroit. Eddie Hobbs made his name campaigning for consumer rights but his tenants have no heating this winter. Fox

A US property firm linked to Irish TV celebrity and political activist Eddie Hobbs has been accused of leaving poor African American tenants in its West Detroit properties with no heat in the freezing Midwestern winter. Thirty-five percent of Detroit residents live in poverty while 57 percent of the city's children do, among the highest rates in the country.

The company, Artesian Equities, is a subsidiary of Brendan Investment Pan European Property (BIPAP) of which Hobbs was a co-founder and served as a non-executive director before resigning in 2015 to co-found the right of center political Renua Party. He retained a 4.5% share in the company.

The person named by city authorities as in charge of the Detroit property for Artesian is Hugh O'Neill, an accountant from County Cork who is a long-time player in the property business.

Records show that city taxes are owed on 113 properties owned by Artemis in Detroit. Efforts to sell those properties are under way.

Hobbs is a well known public figure in Ireland, having made a name for himself presenting TV shows such as “Rip Off Republic” and campaigning for consumer rights. Ironically, he also published a pamphlet telling distressed mortgage holders how to deal with creditors

This week an investigation by FOX 2 revealed that the heating hasn’t worked for weeks in apartments owned by the company in Detroit’s impoverished west side.

"I think we deserve heat it is January, it is cold outside," tenant Cierra Miller told FOX 2's reporter.

The Miller family have, instead, been forced to make do with space heaters. They say that since they moved in during September the heating has only worked a single week.

Sonya White who lives in a nearby building has a similar story, "We have kids in this building (and) I have my 87-year-old mother across the hall," White told FOX 2. "All through Thanksgiving, all through Christmas, the heat was out for three weeks. The heat has been back on for two and a half weeks and it is out again. And it's freezing in here."

They too have space heaters but only small ones, larger ones have caused the whole building to lose power.

City Management Group runs the building but says that Artesian Equities aren’t giving them the money they need to fix the problem so they are looking to end their arrangement with the company.

"Everyone terminates their agreement because these guys don't want to do what they need to do to take care of the tenants,” a spokesperson told FOX 2.

Detroit City Council says they’ve ticketed O’Neill for his failure to keep his building in a livable state but nothing ever happens because he lives in Ireland.

Artesian had previously been attacked as a “vulture fund” by the Irish press for its role in buying up property in Detroit at the height of the city’s financial difficulties, but Hobbs defended the company, saying:

“There is this allegation that the company is investing in distressed properties and taking advantage... The property market in America is fundamentally different to here [in Ireland]. In America, if your mortgage becomes unsustainable, you hand the key back to the bank and the debt stays with the bank, although your credit is affected. They call it jingle mail.”

How hard is it to move to Ireland as an American?
Inside Ireland’s oldest pub - it might be the oldest in the world!
Chocolate, Guinness, Baileys? The perfect Irish cookie recipe!
Root vegetable and squash soup with cheese soda bread recipes
An Cailleach - the Irish goddess of the winter and following her trail in Ireland
Baileys, Oreos, and chocolate pudding all in one tasty treat!
Traditional Irish drinks you have to try
Pagan idol, 100 years pre-St. Patrick, discovered in Roscommon