Irish Traveller gang on trial for trafficking of $15.4m worth of rhino horns

Members of the Limerick-based Irish Traveller gang "the Rathkeale Rovers" appeared in court in France, charged with trafficking rhino horns and belonging to a criminal organization. 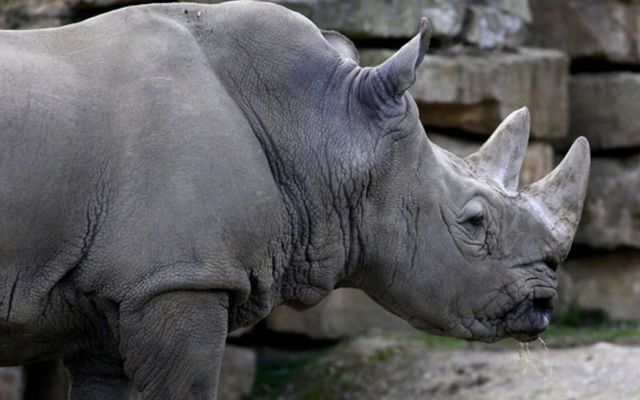 Rhino horns are used in traditional medicines in China and Vietnam. Rolling News

Irish members of an international network of rhino horn and ivory traffickers were among nine defendants who went on trial in France on Monday after an investigation shed light on illegal trade between Europe and East Asia.

The nine defendants are made up of British, Vietnamese, and Chinese nationals, while several members of the Limerick-based Irish Traveller gang, "the Rathkeale Rovers", also appeared in court in the French town of Rennes.

Investigations into the alleged smuggling ring began in September 2015 when French police performed a random inspection on a motorway in Vienne, south-eastern France, and found €32,800 in cash in addition to several elephant tusks.

Occupants of the car, who were members of the Rathkeale gang, told police that they were antique dealers, but it soon emerged that they were the targets of a 2010 investigation that resulted in the arrest of 31 in connection to rhino horn trafficking.

The 15kg rhino horn was estimated to be worth around €13 million ($15.4 million), according to environmental group Robin des Bois, who based their estimates on Asian market prices at the time.

An additional 40 elephant tusks were discovered at the workshop during the 2015 investigation.

The group is observing the trial and alleged that auction houses in Cannes, Toulouse, and Le Puy facilitated the export of tusks to China and Vietnam.

Investigators believe that the gang turned the rhino horns and elephants tusks into powder to be sold as traditional medicines in China and Vietnam, with rhino horns traditionally used to lower fever and treat gout and inflammation in China.

Robin des Bois said that trafficking facilitated and emboldened the "cruelty" of poaching.

"Wildlife trafficking also contributes to the destruction and impoverishment of ecosystems, encourages speculation in elephant ivory and rhino horns and thus stimulates poaching," the group said.

Only three of the nine defendants appeared in court on Monday, with the remaining defendants represented by their lawyers.

The group is charged with "unauthorized possession or transport in an organized group, of an animal of a non-domesticated species or its products" and is additionally charged with "participating in a criminal organization".