One man was told to dig a hole and was sadistically informed by John Rooney, "You're going to work for me for the rest of your life... if you don't sign this contract that is where you're going." 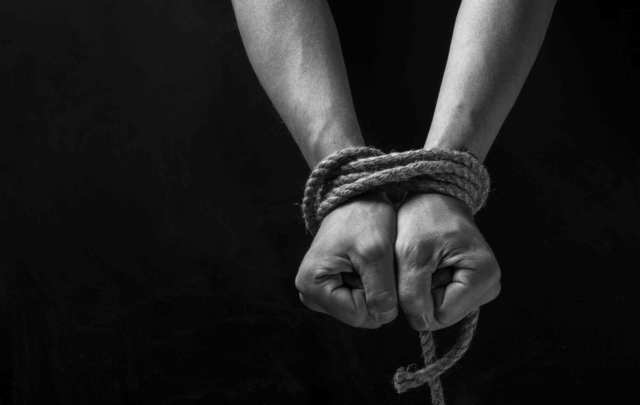 “The Rooney Lynch Mob” purposefully sought out the homeless and forced them to work as slaves for the family business with little or no pay. iStock

Nine members of an Irish Traveller family have been convicted and jailed for keeping vulnerable men as slaves for decades whilst living a lavish lifestyle paid for with the proceeds of their crimes.

Denounced as “The Rooney Lynch Mob,” the family purposefully sought out the homeless and forced them to work for the family business with little or no pay.

The Rooneys retain a close connection to Ireland and regularly traveled back and forth to the border region to visit family.

Whilst not there, they lived in a large house in Lincolnshire, England, with sprawling grounds, took holidays in the Bahamas, Australia, and Mexico and spent their cash on BMWs, plastic surgery, and a Manchester United Soccer course. Estimates for the total proceeds of their crimes are around $2 million.

Meanwhile, mere yards away, the slaves were housed in squalid caravans; one man spent 26 years there and lived in a room “soaked with urine and feces.”

A shocked Judge Timothy Spencer QC described the difference as “like the gulf between medieval royalty and peasantry.”

The slaves were forced to work 12-hour days, seven days a week, tarmacking roads for the family’s firm. One man, with learning disabilities, described how if they disobeyed Martin Rooney Sr they would receive a “slap.”

Thirty-one-year-old twins Patrick and John Rooney punched those who said they had “had enough.”

Another man was told to dig a hole and was sadistically informed by John Rooney, "You're going to work for me for the rest of your life... if you don't sign this contract that is where you're going."

On another occasion, he was beaten with a rake for oversleeping.

The threat of violence left the men terrified to flee their sadistic masters. Most were estranged from their families from the outset, and many had mental health problems.

"Many were very, very thin and they were absolutely filthy," Ch Supt Nikki Mayo of Lincolnshire Police told the court.

"These individuals didn't have a toilet so many had to go into the woods and, in fact, some were kept in a stable block nearby with animals. So, absolutely disgraceful."

Judge Spencer sentenced patriarch Martin Rooney Sr. to ten years and nine months behind bars and his wife Bridget to seven years. Twins John and Patrick received nearly 16 years and five others were given custodial sentences of between one year and six years and nine months. Two men walked free with a suspended sentences.