Tyson Fury has claimed the WBC Heavyweight Championship with a convincing win over Deontay Wilder in Las Vegas on Saturday night. It marks a stunning comeback for the Irish-English traveller, who has battled with depression, weight gain, and drug addiction. 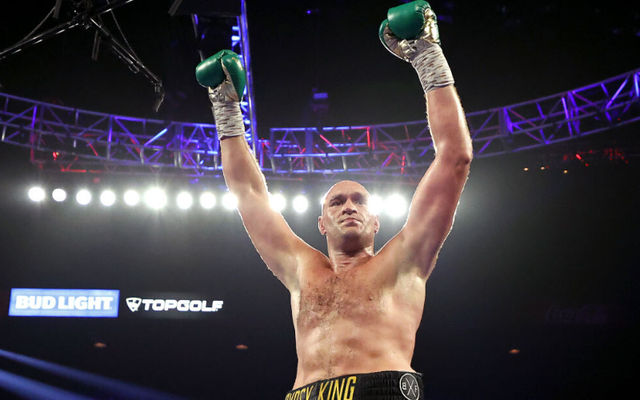 Wilder’s corner threw in the towel literally after Tyson cornered Wilder and hammered home several punches without any reply from his stunned opponent.

Fury owned the bout for the entire seven rounds, decking Wilder twice and forcing his much lighter opponent to lay on the ropes and try to defend himself.

It was an incredible comeback for Fury who fought severe depression, once weighed over 400 pounds and was widely disparaged for comments about gays, women, and Jews. He confessed his mental illness and was successfully treated. He is now the sporting darling of Britain and Ireland.

The 31-year old Tyson Luke Fury was born on 12 August 1988 in Manchester, where he was raised by his Irish parents, John and Amber. He was born three months premature and he weighed one pound.

His father, John, named him Tyson after the then-undefeated undisputed heavyweight world champion Mike Tyson. John was sentenced to 11 year in jail after a fight where a man lost his eye.

John said, "The doctors told me there was not much chance of him living. I had lost two daughters in the same way who had been born prematurely." He named him Tyson as he was a fighter and survived the premature birth.

Fury is of Irish Traveller descent. His paternal grandfather was from Tuam, which is also the birthplace of his father. The Furys are ultimately of Gaelic origin, deriving their present surname from Ó Fiodhabhra. His wife Paris, who he met when she was fifteen, is also of Irish gypsy stock.

Fury's maternal grandmother is from County Tipperary and his mother was born in Belfast.

Despite strongly identifying with his Irish heritage, Fury has had problems in gaining dual citizenship because his father's birth in County Galway was not recorded civilly in the 1960s, as Irish Travellers at the time only recorded births through baptism with the church rather than officially with the state.

Fury left school when he was 11, and joined his father and three brothers tarmacing roads. His mother Amber had 14 pregnancies in total, but only four of the children survived. The Fury family has a long history in boxing. Fury's father competed in the 1980s as "Gypsy" John Fury, initially as a bare-knuckle and unlicensed boxer, and then as a professional boxer. 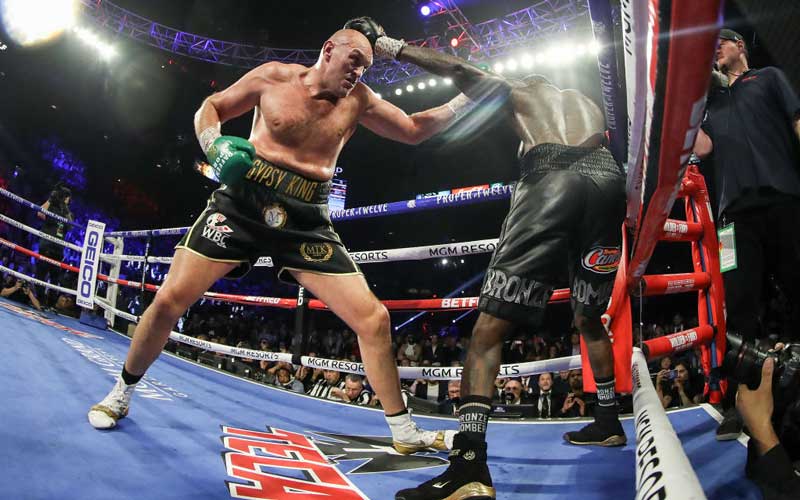 As an amateur, Fury represented both Ireland and England. Fury represented Ireland three times at international level. He was based at the Holy Family Boxing Club in Belfast, Northern Ireland, and later switched to the Smithboro Club in County Monaghan in the Republic of Ireland.

He became the unified heavyweight world champion in November 2015 with a stunning victory over veteran fighter Wladimir Klitschko, but that victory would precede a battle with depression and drug addiction.

Fury relinquished the world titles he won in 2015 as he began a three-year hiatus from the boxing ring.

He weighed over 28 stone at one stage and tested positive for cocaine in October 2016, something that he attributed to his ongoing battle with depression.

“I just hope someone kills me before I kill me self. I'll have to spend eternity in hell. I’ve been out drinking, Monday to Friday to Sunday, and taking cocaine. I can’t deal with it and the only thing that helps me is when I get drunk out of mind."

But Fury persevered in his battle with depression and was granted a boxing license in early 2018 after several legal issues and easily one his comeback fight against Sefer Seferi in May of the same year.

By the end of the year, he was ready for a mouthwatering fight with reigning WBC champion Deontay Wilder.

Fury dominated the bout, but Wilder’s power saw him knocked to the canvas on two separate occasions. On the second occasion, it seemed as though Fury’s big night would end in defeat, but he miraculously rose from the canvas and stayed the distance. The fight was controversially scored a draw with many feeling that Fury had done more than enough to win it.

Now, more than a year later, Fury has avenged that draw with an incredible 7th-round stoppage. He will now set his sights on a fight with Anthony Joshua - the man who won most of the belts that Fury was stripped of in 2016.

It would be a fitting end to his story if he could win them back.