Faces of the Titanic: Mary Burns died while tending to the needs of others

County Sligo Mary Burns native could have been killed by her own kindness on the Titanic deciding to get back on the boat with her young friend. 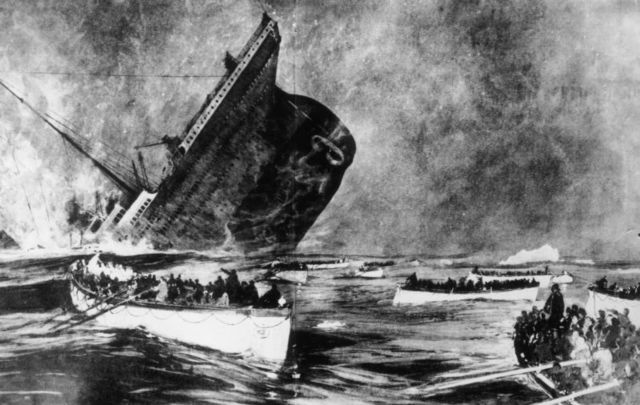 An artist's 1912 rendering of the Titanic disaster Getty Images

Irish woman Mary Delia Burns died aboard the Titanic after sacrificing her own safety for her friend.

Mary Delia Burns could have been killed by her own kindness. It was reported from one source that the teenager chose to attend Kate Hargadon on board the Titanic as the latter was suffering from nausea and was unable to climb a ladder to the boats.

Mary, known as Delia by her family, had been rooming in the single women’s quarters at the stern of the vessel with fellow Sligo woman Kate and her own near-neighbor Margaret Devaney. They were in compartment Q-138 on E deck.

Read More: Faces of the Titanic: Bridget Delia Bradley tried to climb back onto sinking ship

The Irish World published Margaret Devaney’s account of what happened to the trio in its edition of 4 May 1912:

"There were four of us from Knocknarae, County Sligo – Mary Burns and Kitty Hargadon and a boy we knew. We were all on deck, not thinking it was serious when the boy comes along and said: ‘You girls had better get into a boat.’ Then he held out his hand, saying: ‘I hope we’ll meet again.’"

"I got into the boat, but Mary Burns and Kitty Hargadon held back, thinking it was safer to remain on the ship. I never saw them again."

Seventeen-year-old Mary thought she was used to the sea. She lived in a tiny two-story home less than 100 yards from the beach at the end of a narrow boreen that gives onto Ballysadare Bay. Mary had often helped carry seaweed up to the parcel of land they called a farm to act as fertilizer for the soil.

Like many another young girl, she hoped to become a housemaid for a wealthy family in New York and was traveling to the home of her aunt, Mary Sheridan, where she had been promised room and board.

As with the overwhelming number of Irish victims, her body was never recovered.

"Her death was never spoken about in the house afterward because it was so sad," said a younger sister, still alive at the century’s end, who asked not to be identified.

There are two names of Mary Burns and Ellen Shine on the passenger list of the Titanic, while on the list of those saved, the names Burns without a Christian name and Axel Shine appear and probably mean the same. There is, therefore, some doubt about these passengers. Ellen Shine was indeed rescued, but about the fate of Mary Burns there was no doubt at all – she drowned in the North Atlantic.