Billy Caldwell, 12, was once having as many as 30 fatal seizures a month but now hasn’t had one in over 300 days. 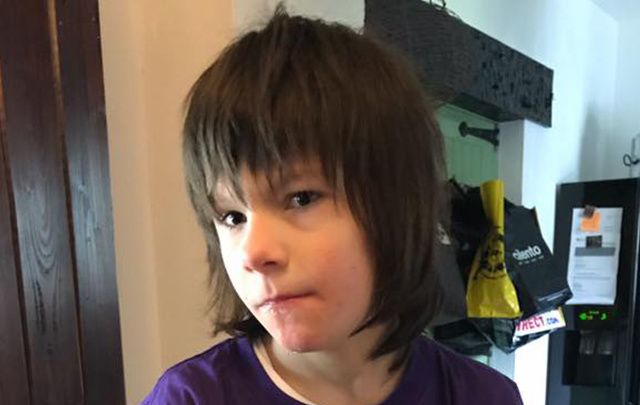 Billy Caldwell, age 12, suffers from incurable intractable and status epilepsy but cannabis oil has put a stop to the fatal seizures he used to suffer. Facebook

The mother of a young ill Irish boy whose life has been dramatically turned around thanks to the use of cannabis oil is holding a special festival to raise awareness of the positive effects of the oil for those who suffer from seizures.

Billy Caldwell, age 12, suffers from incurable intractable and status epilepsy, diagnosed when he was just a few months old, which once one resulted in him having as many as 30 fatal seizures a day. The young boy, who hails from Co. Tyrone, has now not had a seizure in over 300 days, as his family is celebrating the miracle results cannabis oil has had on the young patient who doctors once believed would not survive.

He became the first person in the UK to use medicinal cannabis in April 2017 after months of campaigning. He was been prescribed medicinal cannabis containing the cannabinoids Cannabidiol (CBD) and tetrahydrocannabinol (THC), which is generally illegal in Northern Ireland.

Initially given six months to live when Irish doctors first discovered his condition in December 2005, just five months after his birth, Billy’s condition dramatically improved after spending two years in the US with a specialist doctor.

Billy Caldwell, who suffered with severe seizures until cannabis oil alleviated them.

The family returned to Ireland in 2011 where Billy was also diagnosed with autism in 2012 and he lived a total of eight years of seizure-free life before the seizures returned with a vengeance. His mother Charlotte Caldwell brought him back to the US where he began using a cannabis oil treatment which has once again saved his life.

"I never anticipated a year ago that he would even be still here today so I'm feeling really good and positive."

"After Billy got his first prescription for CBD oil we had so many families calling us for help and information,” she continues, explaining the thought behind the upcoming festival.

"We just felt we should bring them together, there's going to be a big indoor market with over 50 stalls selling things like CBD oil, organic food, and crafts.

"There will be games, bouncing castles and face-painters for the kids, there's going to be buskers during the day and DJs at night and there are four food trucks coming so hopefully we'll have something for everyone.

The festival will raise awareness of the positive effects of cannabis oil.

"Plus we'll have doctors and politicians attending on the day and we really hope to educate people about the benefits of CBD oil.

"Every penny raised during the festival will be used to help sponsor someone from a low-income family to avail of CBD oil.

"It doesn't matter if you're from the Republic of Ireland, Northern Ireland or the UK if you fill out the assessment form on our website it will be sent to our independent committee to review."

The use of cannabis for medicinal purposes is still outlawed in he Republic of Ireland without the explicit permission of the Minister for Health. The first license for medical use of cannabis oil was issued in December 2016 to allow Tristan Forde a two-year-old boy with the Dravet syndrome to continue treatment begun in Colorado while a private member's bill introduced by Gino Kenny of People Before Profit to make cannabis available in Ireland for medicinal use was rejected in July 2017.