Irish language will vanish, Gaeilge among those "definitely endangered" 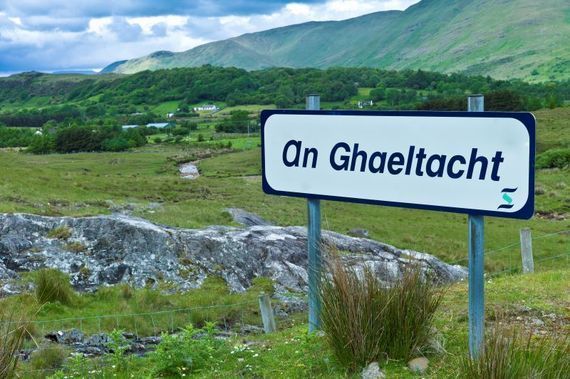 The Irish language is in danger of disappearing within the next 100 years. Getty

Irish is one of the 12 most at-risk languages in Europe and is in danger of vanishing over the next 100 years, according to a 2021 study.

Linguists say that 43% of world languages, including Irish, will disappear over the next 100 years.

They say that the risk factor is not determined by the number of speakers worldwide, but by "intergenerational transmission" - when older generations pass a language down to their children and grandchildren.

Federico Espinosa, the Lead Language Expert at Busuu, told the Irish Independent that the number of people who can speak Irish is likely to be significantly lower than the figures in the 2016 census, which stated that 1.7 million people in Ireland could speak the language.

He said that the census figure was inflated by people answering that they speak "some Irish" and that many of the respondents were not fluent in the language.

Both UNESCO's Atlas and a Google study estimated that there are between 20,000-40,000 fluent Irish speakers in the world.

"Both of them cited similar numbers of 20,000 to 40,000 speakers of Irish currently in the world and I think that’s quite a bit lower than some estimates that put it at 1.7 million according to the census in 2016," Espinosa told the Irish Independent.

He looked to take the "stigma" out of Irish being an endangered language by reminding people that roughly half of the world's 7,000 languages are predicted to vanish within the next century.

Espinosa said that one of the main reasons for the increase in endangered languages was people not living in the same area as their families and said that many people don't retain a native language when they emigrate.

"It’s also mostly because people don’t teach it to their children anymore, globalization is the key issue.

He also said that people tend to learn languages that they think will be useful to them during their professional lives and generally favor practical languages over more culturally significant ones.

"People learn languages that they see as useful and functional and that kind of limits the ability to really dive into the depths of some of the languages that are much more culturally significant to them but maybe not one that they are going to learn to high levels of proficiency."

He praised the Irish Government for its efforts to preserve the Irish language and said that there was not much more that the Government could do.

The Government launched its 20-year Strategy for the Irish Language in 2010 to promote a holistic and integrated approach to the Irish language.

The plan focused on nine areas of action, including education, the Gaeltacht, language transmission by the family, media and technology, and dictionaries.

In 2018, the Government launched a five-year action plan for the Irish language, which set out 187 measures in the nine areas of action. The Government hopes to breathe new life into its 2010 Strategy for the Irish Language with the measures.