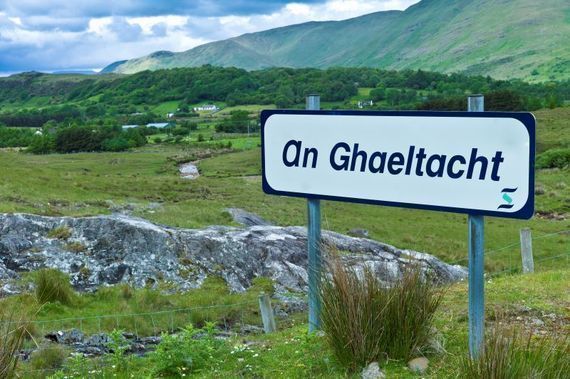 The Irish language has long struggled with the description of people who are not white, with many Irish speakers using the unusual term "duine gorm" (blue person) to indicate non-white people.

The term arose due to confusion surrounding the term fear dubh (black man), which could be used to describe someone with black hair or dark skin. Meanwhile, the term referred to the devil when capitalized.

Other Irish speakers have used the term duine daite (colored person) to reference people who are not white, but this was not favored because it drew comparisons to apartheid South Africa.

To combat this problem, Foras na Gaeilge has entered a new term into the National Terminology Database to describe people who are not white - duine de dhath (person of color).

An Coiste Tearmaiochta, the Foras na Gaeilge committee in charge of new words and terms, approved duine de dhath last week and entered it into an online dictionary and database.

"We were happy to use it. It’s a case of concepts emerging and changing," he told the Irish Times.

"The concept has a much wider range of application. You can’t call a Hispanic person a black person. For person of color, you’re talking about any shade of skin that isn’t white."

Ola Majekodunmi, the daughter of Nigerian immigrants who serves as a board member of Foras na Gaeilge, suggested the new term, arguing that duine daite and duine gorm were outdated.

"Gorm is not outright offensive or a racial slur, but it is doesn’t refer to someone like myself.

"I remember when I was in school wondering: who are these people? I’m not blue," she told the Irish Times.

Majekodunmi also believes that it is acceptable to refer to black people as duine dubh (black person) since Ireland has now become secularized and the association with the devil is no longer a cause for concern.

And for 'black person', we now have the option to use 'duine dubh' .

Good to have options in life. pic.twitter.com/0ik4KAWkUc