Irish man Connor Nourse is returning to Australia to help battle the devastating fires on Kangaroo Island in South Australia. 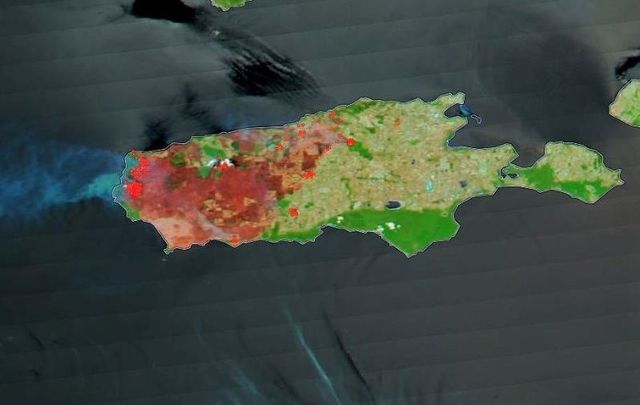 Connor Nourse, from Co Kerry, is heading for Australia as the country continues to battle the deadly widespread blaze

Co Kerry native Connor Nourse is returning to Australia to help battle the horrific bush fires that have ravaged an estimated third of the country's Kangaroo Island.

Read More: Area as large as Ireland in Australia destroyed by bushfires

Speaking with The Kerryman newspaper, 21-year-old Nourse explained that he received a call from Australia’s State Emergency Service, with which he had previously volunteered, to return to Australia to help battle the devastating blaze.

"It was very last minute,” Nourse told The Kerryman. “I got a phone call on Sunday and I'm off on Wednesday so it's not that much time to prepare and get everything ready."

Nourse previously volunteered with the firefighting service as an 18-year-old and will be using the skills he acquired to assist the fire bomber support crew. The brave Irish man says he’ll be rejoining the rescue service as well as the coastguard upon his return.

"The SES are tasked with the fire bomber support and a lot of the after fire clean up, asset recovery, asset protection and basically a lot of the logistics. The fire bombers that will be dropping all the solutions and whatnot on the fires. We will be refueling and filling them up with the mixtures. Whatever the pilots need, we'll be looking after them."

Nourse is heading for Kangaroo Island, which he explained is “separate in a way because they have a very limited number of volunteers and I spoke to the Commander and he said that they need all the help that they can get over there."

There have been three confirmed deaths on Kangaroo Island so far.

On January 7, NASA shared satellite imagery of Kangaroo Island, noting that an estimated third of the island has been ravaged:

Bushfires have been ravaging Australia's Kangaroo Island, which is home to native wildlife such as sea lions, koalas and endangered bird species. Our @NASAEarth satellites are monitoring the extent of the damage and the areas continuing to burn. https://t.co/WqdjzEgF6c pic.twitter.com/StI7CQEPum

An estimated 25,000 koalas have died in the bush fires on Kangaroo Island, leading NASA to say it is "not only just a major tragedy for the island but an ecological tragedy as well."

“What might have seemed safe this morning may not be safe by evening so we want people to get the message and to move away from the fire areas.”

Nourse says that he anticipates being in Australia “indefinitely."