An image of a house located at 12 Castlecurragh Vale, Blanchardstown was recently removed by estate agents BidXI from housing site Daft.ie after claims surfaced on social media that the image was photoshopped. 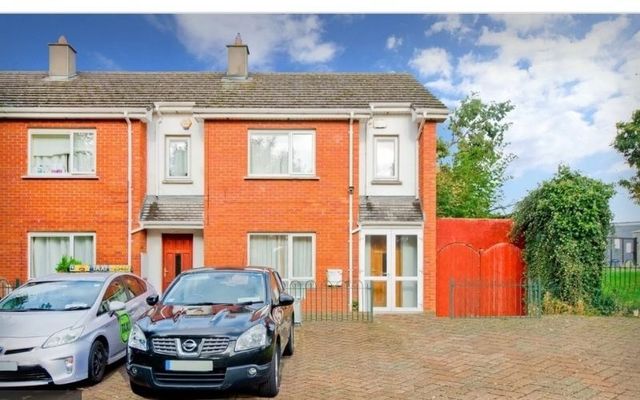 An image of a Dublin property that was allegedly airbrushed by a real estate agent. Crazy House Prices Twitter

Irish real estate agents have allegedly photoshopped and airbrushed images of properties for sale in an attempt to spruce up their offerings.

An image of a house located at 12 Castlecurragh Vale, Blanchardstown was recently removed by estate agents BidXI from housing site Daft.ie after claims surfaced on social media that the image was photoshopped.

Crazy Housing Prices, a Twitter account that highlights issues with the Irish housing market, posted images of the property that had been airbrushed to make the brickwork look lighter, while a garden path and patch of grass had also been removed.

Instagram vs reality. The entire ad is Photoshopped! #crazyhouseprices pic.twitter.com/T0f9kLhV0V

A new image of the property was then uploaded onto the site. An updated description of the three-bedroom property said that it was in need of cosmetic refurbishment.

Sinéad Lawlor, creative director of the Design G graphic design company, told the Sunday Times that the image had obviously been photoshopped with "some great skill".

Lawlor said that another property advertised on Daft by real estate agents Sherry Fitzgerald also showed evidence of being photoshopped.

The three-bedroom property, listed for €575,000 and located in Stoneybatter, appeared to have been enhanced using "tricky" editing techniques, Lawlor said.

"The graphic designer could have used any of a variety of enhancements. Most probably the vibrance enhancement settings which just makes the image brighter and the colors stronger," she told the Sunday Times.

Sherry Fitzgerald's director of public relations Jill O'Neill said that some images are sometimes "put through a process" that involves altering the color tones.

Lawlor said that other properties had been photoshopped to sit beneath a bright blue sky, including a three-bedroom detached house for sale in New Ross, County Wexford.

She said that a "lovely blue sky with fluffy clouds in it" had been added to the backdrop of the property using a simple photoshop technique.

"Given these code requirements in relation to truthfulness and honesty, photographs should not mislead as to the condition etc of a property. The use of tools to change the sky is not seen as likely to mislead consumers about the condition of a property. But if the photograph shows material elements of the property in a manner that is not consistent with the actual condition, this is likely to be considered not to be compliant with the code."